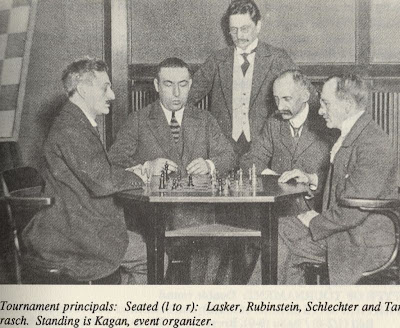 A study on the pawn formations common to the Rubinstein Variation of the Nimzo-Indian Defense:

Akiba Rubinstein was a good endgame tactician in the times of hypermodernism in chess. He approached the hypermodern defenses with a sense of winning the endgame early on in the opening. He had a solid grasp of pawn formations. He stepped up to the challenge of the potentially weakened hypermodern pawn center brought on by the likes of Nimzovich and Reti. He knew that a well supported pawn center gave him the mobility he needed while Black conceded the breaking pawn moves to “release” the latent forces. The levers and breaking moves had a tendency to create targets in the endgame ( like d6 being backward) if he created a solid support system for his central position. Thus, the Rubinstein variation was exercised by this creative tactician against the Nimzo-Indian defense.

I actually tried to find an early game of Rubinstein versus Nimzovitch playing their signature lines. The closest I could come to this was a game played in 1928 in Berlin.

The variation takes on more of a classical but by move 5, you start to see the signature moves of his variation. Perhaps he played a move order variation to throw any preparation by Nimzovitch. It’s an interesting game that has a knight sacrifice on move 36 targeting the weakened d6 square after a middle game scrum over the center and pawns. 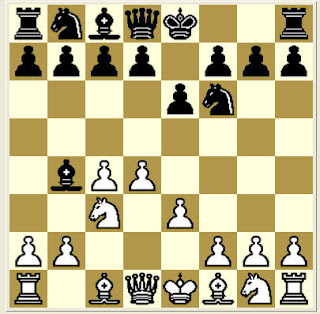 For White, e4 is weak and supporting it will become a theme for the next several moves. White does enjoy more space to place the pieces but Black tends to get a jump on development given the minimal pawn moves. Black’s choices from above can be broken into three categories, 1) Stay ahead of development, 2) Target e4 or 3) Attack the center.

In the category of developmental lead, 4…Nc6 and 4…0-0 follow that idea. 4…Nc6 is most assertive as it prepares the advance of e5 for Black. Best for White is to support e4 directly with 5.Bd3, e5 6. Ne2 ( intent is twofold, supports knight on c3 as well as holding g3 as a place to support e4.) 6…d5 ( thrash on the center) 7.cxd5 Nxd5 8.e4 Nb6 9.d5 and you now have the d5-pawn chain with similar themes from my previous post. The exception is that White enters this with initiative. Black will have to play energetically to make the break moves of c6 or f5. Position after 9.d5: 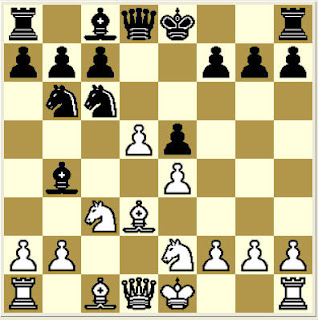 If Black castles on move 4, White can play 5.Nf3, 5.Bd3 or 5. Ne2. I like the last two as the Nf3 move is more like the classical variation. If Ne2 is played first, the light squared Bishop can fianchetto and white can grab some advantage. Remember, a characteristic move by Rubinstein, was playing a3 at the right moment which gave him initiative. With either Bd3 or Ne2, Black will attack the center with either c5 or d5. With 5.Ne2, white can immediately put the question to the Bishop with 6.e3 and then recapture on d5 right away without worrying too much on c3. With 5.Bd3 first, Black needs to challenge the center while white sets up Ne2 before playing a3. After 5.Bd3 d5 6.Ne2 dxc4, 7.Bxc4 e5 Black plays aggressively towards the center. 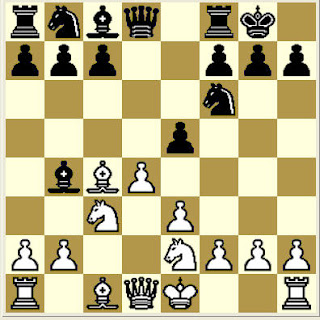 White can castle and either prepare for a good IQP position if Black captures on d4 or continue with a3 followed by d5 and achieve the d5-pawn chain game again.

If Black chooses to attack the center with 4…c5 right away, we can assume that Black will postpone castling in favor of immediate action in the center. White can use the same three choices as above with similar results preparing for either an IQP (if Bd3 first)with active pieces or perhaps an opposing pawn majority on the queenside (if Ne2 first). 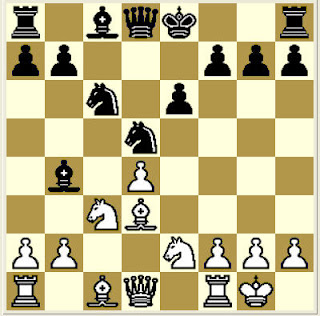 The IQP has the following ideas:
Themes for White: d4-d5 break, sacrifice of the isolani, outpost on e5, kingside attack.
Themes for Black: Blockading the isolani, trading pieces for a favorable endgame.

The isolani leads to lively play revolving around the d5 square. If Black can clamp down on the pawn, her positional strengths and threat of exchanges give her the advantage. If not, the threat of the d4-d5 break is ever present, and the isolani can sometimes be sacrificed to unleash the potential of White's pieces, enabling White to whip up a whirlwind attack.


The other pawn formation is one with a pawn majority on the queenside with a space advantage. 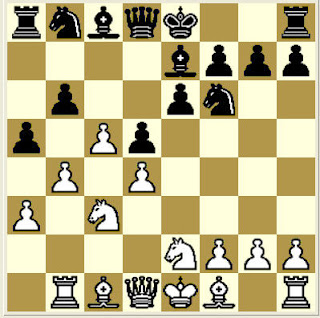 The idea is to bring the expansive pawn forward enough to occupy Black’s pieces and then swing over to a king side attack. Black’s best hope is to muster up a minority attack against the mass before White can conjure up a king side attack.

If Black chooses to attack e4 with 4…d5, White transposes to a favorable position of the Samisch variation with 5.a3 Bxc3 6.bxc3 with a nice pawn center supported by c3 and e3. The open b-file is becomes a conduit for major pieces and a freer came for white.

This leaves the Fischer variation with 4…b6 with the intent of controlling the e4 square and further support of the advance of c5. This is probably one of the more aggressive responses to the Rubinstein variation. Here move order is critical. Moving the Bishop too soon forces the knight to play to f3 instead of the thematic Nge2 because of the weakness on g2. Making 5.Nge2 the best response. Here Black MUST play Ba6 otherwise white will be able to set up a strong pawn center after 6.a3 and 7.d5 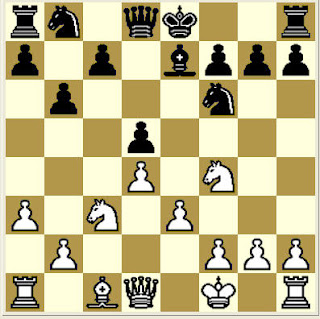 This post is already too long. Next post I will cover the Grunfeld pawn formations. Enjoy.
Posted by BlunderProne at 10:05 AM

Can hardly wait for the next post about this topic.

Nice seeing you yesterday at the Mass Open, BP.

At the auction, one of the lots I bid on and won included volumes on the 1895 Hastings, 1924 NY & 1953 Zurich tournaments, which you discussed last year. Am looking forward to going over some of those games at my leisure, thanks to your inspiration.

It was good to see you too. I was trying to bid on both games collections lots ( 47 and 48) as they were right up my alley but I couldn't justify going much over 20 bucks. Early in the Auction, the lots were going for 8-12 bucks. When I came back from my round, I saw some folks who looked like book vendors bidding on the lots and bring hte average up.

Either that or they used the wrong guy for bookcovers. lol.