Tripping over my shoelaces 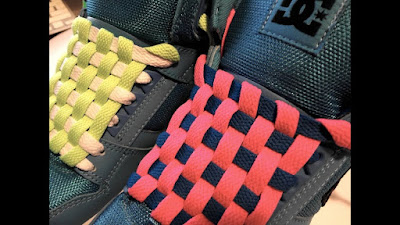 I’ve tried many different ways to learn openings. Brute force rote memorization doesn’t work. I might have short results but in the long run it is not a lasting thing for me because it soon becomes a jumbled knot of branches. What I end up remembering is the move for another line and end up in an inferior position rather than a stronger one for this line. Thus, my analogy of tripping over the shoelaces at the start of the game.

Adding to the frustration is the fact that for the first few moves, there are so many off the beaten path variations and traps to watch out for that it’s next to impossible to keep track. Playing at the “class level” (non-master), I encounter a lot of these non-mainline variations because I know… my opponent, like myself doesn’t want to spend hours learning a main line response to an opening that their opponent is all “booked up” on.  So, they game becomes a cat and mouse game of can I trick them out of the book first into comfortable positions I remember.

Over the years, I am finding a problem with that logic as the branches can get trickier to recall if all you do is rely on memorization.  Unless you have an eidetic memory, you are like me and out of luck. Especially as you advance in age and you realize your brain has become more of a leaky bucket.

Rolf Wetzell’s book, Chess Master at any age, talks about this and asks the question what comprises chess skills in his chapter on Components of Chess Capability. He lists them as follows (and I will paraphrase):

I won’t get into all these or debate them. I knew Rolf when I used to go to the club and I picked up his book because of the hope in old dogs learning new tricks thing. I also picked up at the height of the MDLM rapid improvement in chess … or as I call Dante’s 7 circles of hell in tactics training.  The method behind all that was to increase the number of “images” into your noggin until you had it in motor memory to play tactics automatically.

But here’s the thing, after countless hours and thousands of tactical puzzles, over time, my leaky bucket was forgetting the bulk of them.  Part of the problem, with the rapid approach was that I was mindlessly making moves without really putting any thought behind it to “get through this set” as quick as possible.  This was purely brute force memorization and only benefits short term effects. For anything longer lasting, I need more mindful processing in addition to the piece movement.

Back to the topic of openings and images of positions.  I need to understand opening position branches better rather than memorize “if he goes there, I go here”.  I shifted my tactical training for a slower learning using more of an internal narrative, naming the type of position, tactic or strategy going back to basics. I am not going for quantity but longer-term quality for sustaining results. I decided to start a similar approach to studying openings.

I’ll share in another post on what tool I am using and how it fits in with the database activity and books I have later.  But for now, I am creating several short stack puzzles using the first 8 moves only of my key repertoire and doing repetitions in these and asking myself the following when I am struggling to find the move:

Taking a more mindful approach to learning this as well as iterative training to build up the capability seems to be helping me initially in recent games.  I’ll elaborate next time I as test this experiment out a little more.

Posted by BlunderProne at 2:57 PM No comments: