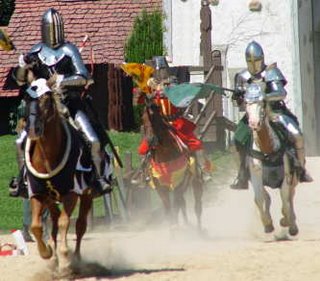 After having my head examined (see this post) I have began to revamp my opening and tactical studies. I decided to hone in on the 4 Knights Scotch Game for the double e-pawn games ( if allowed) and actually had a chance to play it at the club with a stronger player. ( I was lucky to draw the game after I made a positional err giving up a q-side pawn in the middle game).

I have been ramping up on the Smith Morra gambit in place of my silly ...never seen before... what the hell is it called 2.c4 anti-sicilian after having a luke warm result with a much weaker opponent. Moving to the SM Gambit seemed logical since I really want to better understand the Scotch gambit in the Openings for White Explained Book. I figure if I can baseline with the 4Knights plus the SM Gambit, it will go a long ways in understand and eventually transitioning to this system.

So this weekend I will go to the Henry Nelson Pillsbury Memorial in Marlboro and play in the under 1850 section. This will be a lot more reasonable than my last rant when I went nuts in the U2100 section.

So for now, I've been spending 60% of my time on opening preparation ( because of the course corrections) and 40% on tactics. I am back to doing the circles of hell but this time, I ma slowing down a bit on each puzzle and trying to evaluate the position first rather than jump in and guess and realy on memory. I seem to get more mileage this way becuase in a real game, I need to evaluate the position anyway. Learning to recognize when there is a tactic under these conditions is much better practice rather than blitzing and Berserking like a wild man ( my old way of doing things).

Well, my battle scars have healed since the last melee. I've sharpened my lance and my steed is watered and rested. My quiver is full and of course the sword is right by side.

Had my head examined..

We should ALL have our heads examined once in a while. What I am talking about is taking the "Chess Exam" by Igor Khmelnitsky.

I liked the flow of the exam and how it had breaks every ten puzzles with an interim report.This made it easy to pace myself. Secondly, I liked the fact that nearly ALL the puzzles required an evaluation of the position rather than finding the best move. This seemed to support the DeGroot theory that Mastery is not only in the quantities of pattern recognized, but the ability to quickly and accurately evaluate a position. I wish more books were like that.

I did find some problems that could have had alternative solutions ( like some of the other Knights have mentioned in other posts) but overall, I think taking this exam was beneficial in the fact of the 100 evaluate-the-position problems put me in the right mind set for virtual OTB play. While taking the test I had to fight the tendancy to rush through it to get my resuslts. although about 30% of the exam, I felt I did just that. But if this is a reflection of my OTB then I can walk away with this lesson as well. There are times when I am playing a game and I move quickly. I scored much better on the test when I took my time.

WTF? Tactics is LOW? I was shocked to discover this. What? ME? a Knight Victorious? After going through the seven gates of hell I scored like a class D? I must have REALLY sucked on tactics prior to the 7 circles. I wonder if this would have changed had I taken the exam in May when I was first finished. After all, I kind of stopped the regime until recently.

Openings and recognizing threats were two other areas where I was in the lower class. So like DUH, I need to learn my openings and do more tactics... something I've been doing.

I was surprised to fing out my strategic knowledge was my strength. I always felt it was a weakness and tactics was strong. Overall, my average rating seems to be right on the mark ( low 1600's) based on the exam leaving me to believe this is a fairly accurate assessment. I need to improve my opening knowlede and learn to recognize threats and tactics. ( Still)

Posted by BlunderProne at 9:23 PM 6 comments: 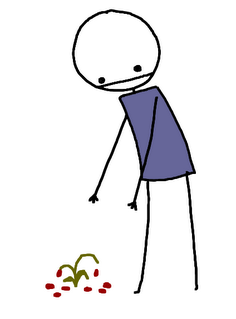 Why don't I just chuck all my freeking chess stuff out the friggin window?( At least my wife would be happier).

Why after thousands of tactical problems do I STILL FRIGGIN Not see tactics ( My opponents especially)?

Why am I trying to learn a new opening system when I haven't even "learned" the old system thoroughly?

I'm a "tard" that's why... a dense knuckle dragging neanderthal grunting my way through the 64 squares only to make the same mistakes over and over and over.

Sure! I *could* get a coach... but with three kids in college and More in the queue I'd rather throw my money away at the entrance fee to weekend tournaments.

So, the past couple of events I went too hasn't been too spectacular. I played at the Sudbury River Fall Classic back in October. I had one good game that was "broadcast" via a Mon Roi ( over prived PDA) system here :http://www.monroi.com/wdc/flashviewer/watch1.php? ( If you have trouble it was the second game of OCT 21 in the database section.. DUVAL). From there my games went down hill.

Yeah, I've been using my "new" e4 stuff but to tell you the truth, I have a hard time wrapping my head around it. There is so much to learn and so little brain in this "Tard". I've been playing the white side of a lot of Caro-Kanns which would be good since I play as black... EXCEPT because I am studying for all the OTHER crap that Black can throw ... those memory banks are further supressed or squeaked out. You know, mind like a seave! That's me. I used to know that stuff but ...NOT ANY MORE... since I have to look at Sicilians, Frenches, Alekhines, PIrcs, the Friggin Modern... and the list goes on. BAH! 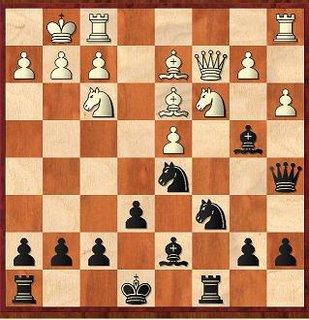 Blunderprone struck again and played 12...Be6 instead of Be7 which he justfied in his head by saying "Be7... is a panzi move ...too passive... Nor do I want to give up the bishop pair and exchange for a knight." I Just didn't see the crushing 13. Nb5. Grrr.

The rest of my day went in down the toilet with most of my rating. The second game I was BLACK AGAIN... and played into a Panov poorly. Round 3 I was met with the generous MR. BYE and got a full point ( but no ratings). SO I got to play an unrated player. I hesitated and played 1.e4... what could go wrong.... well. I dropped a pawn and the bugger exchanged down to the endgame. Foretunately, I had some Neanderthal wits about me and managed to win a K+Ps end game with a pawn done by the fundamental concept of Opposition. Yeah... my highlight... big frigging woop.

My last round I was paired with yet another 1700+ player as white. I made a last minute decision to use Ye Olde D4 ( go ahead throw the rotten tomatoes after my ranting about moving to e4). I have to tell you, for most of the game I had the upper edge... I felt like I knew the position despite NOT LOOKING AT THE BOOK FOR THREE MONTHS... I had the pressure on the king side going up until the last 5 moves when I exchanged my strong e5 outposted Knight. The game unraveled and I lost the point.

So what does this all mean? I haven't a clue. Maybe I should give up chess altogether... Ok ... that thought passed. But seriously. Why do I go through all this struggle only to flippin blunder STILL? It sure would be a lot more fun if I can pull together a few more wins. I know I have it in me... but lately I can't seem to get my friggin act together.

Posted by BlunderProne at 9:23 PM 7 comments: