Part 2: What have I forgotten? Holes in my games.

I played three games this month at the chess club after a long absence. I went in with the intent of see where my biggest memory loss is showing up and what skills have remained.
The first round game was an abysmal mess. I totally missed the point in QGA and played the opening all wrong and gave up e5 too easily. I managed to struggle back only to forget some simple rules of when ahead simplify. Missing some tactical errors, I allowed black to regain  some lost material.

The second round game, I was black against a Colle system. My opponent offered a piece and instead of simply taking it, I complicated matters and overlooked an in-between move which just ruined my incentive.
When he offered the draw I jumped on it to save myself from further embarassments.

The third game I was faced with another QGA. This time I recalled some things from the first round and managed to hold my ground and gain some good central attacking chances. I underestimated my opponent's counter attacking chances and totally missed a saving move in the heat of battle. Had I played the correct move, I might have even won this one.

Overall, looking at these games, TACTICS is the one thing that seems to jump out. My board vision is as sharp as it had been before I took this haitus.
Posted by BlunderProne at 9:38 AM 5 comments:

What have I forgotten? Part 1: On tactics 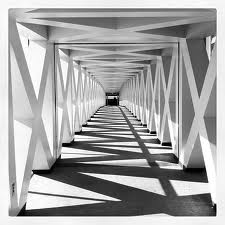 Its been a while since I’ve really been able to devote serious attention to chess. I can say at least 9 months have passed, though I had a couple of cameo appearances back during the holidays. Back then, I was looking to see what I could retain from training and what I had lost from memory with a focus on “rust proofing” my training.  I had some marginal success and managed to not drop terribly too much in rating and performance.  So now that it’s been even longer since my last serious look at my studies, I thought I’d spend the month of May re-immersing myself back into the practice of chess improvement.

I am not so concerned about chasing the ratings than I am about learning a key concept about learned skill versus memorization. I really think that the positional studies I did with pawn formations last year really helped me develop a skill of positional understanding. I also realize I can’t escape the memory issues as certain variations and sharper lines do require this aptitude.

What are things that can be regarded as skills?


I am sure there are more and I deliberately left out openings as I feel that this idea falls into the category of some memorization required.  Like coming back to a musical instrument, you may remember the scales or your old favorite song from motor memory, but that difficult piece you once played after practicing it  for hours before a single performance, doesn’t come back as easily. You only recall fragments.

So as I come back into this game, the first I look at are my tactical skills. About six years ago, I started on the MDLM journey of improvement my tactics through the seven circles of hell. I’ve completed two sets of 7 times 1200 problems  and had been on my third pass through when I realized that there was diminishing returns.  Before 2006, my tactical skills were abysmal. At the very least, the MDLM approach BURNED into my memory key patterns and underlying themes behind the tactics.

So why do I still struggle with tactics despite being a rapid improvement “graduate” twice over?  It has to do with how I went about it.  After a certain threshold, my ability to recall and recognize patterns  were not mapped correctly. I wasn’t consciously creating my own narrative during each puzzle and most importantly during the ones I missed, not taking the time to understand why I missed it. Instead, because of the repetitious nature of the MDLM method, it was masked over with subsequent success and a false sense of security. In order for me to utilize the pattern recognition powers of my prefrontal cortex, I need to employ the correct supervised learning technique that only comes from the internal dialog when you are FIRST struggling with the problem. This process creates the right labeling that I can then use to recall the correct technique. Otherwise it falls under unsupervised learning and I take the “canned” labeling providing by the tool which doesn’t really mean anything and tend to cluster similar ideas together increasing my failure rate during recall.

In other words, even though the lower level of tactics  may seem easy to some, simply rushing through them to get to the next level without classifying each instance on your own terms  leaves you with clusters of patterns that may seem alike but require a nuance to perform correctly.

So as I started back up on tactical training to take the rust off, I was well aware that I had some patterns well mapped because I recalled the inner dialog I associated with the pattern.  For instance “ This is a geographical motif with a knight, but I need to remove the guard first and then white wins a piece.” If I don’t have this down for ALL THE BASIC THEMES, solving the higher levels becomes that much more difficult as those problems compound on top of each other.

Well it’s back to basics for me but with a new twist, “Supervised Learning”.   My blogging friend Temposchlucker at http://temposchlucker.blogspot.com/ has several posts about breaking down tactics and his own supervised learning approach.

My next post I’ll look at the supervised learning techniques I  used for positional understanding and how it’s been impacted with my absence from play.

Posted by BlunderProne at 9:43 PM 5 comments: