Watch Out for Gorillas!

On the topic of Blind Spots:

Well, my winning streak has fizzled. My normal chess club is “closed” this month due to too much snow in the parking lot. This left me seeking chess action in other parts of the state. I decided to enter the 2nd week of the month long 8 round G60 tournament happening at the Greater Worcester Chess Club. This meant some tough competition at 2x G60 per week. I called it good preparation for the upcoming Eastern Class championship.

I am studying tactics almost exclusively these days as my time is limited due to other responsibilities. I have been going over attacking styles following the games in Lev Alburt’s “The King in Jeopardy” book as well as a little booklet by Eric Schiller Called “ Attacking the Castled King”. The reason I started doing this was because I found myself having either a developmental lead out of the opening or a space advantage but only to play too timidly and squander the moment. I am hoping to learn when the right time to attack is given certain circumstances and how to create weaknesses on the opponents side of the board.

All this is trying to stitch together the static pawn formations I’ve been studying to some form of a middle game attacking plan given the placement of our pieces, pawns and kings. This isn’t easy as I am feeling a change in my attempted consistency of OTB playing ability and thought process.

Twice at the club, I found myself develop a blind spot at the center of the board where my opponent is actually setting up a pawn fork with my two minor pieces AND I WALK RIGHT INTO IT. I’m too embarrassed to even display these games here as they are ugly.

In one, I misplayed my King Bishop on the black side of the Slav against a strong Class A player. I played the bishop to d6 even after my opponent played a4. It really belongs on b4 in this position. Rather, I was thinking “ I want to play e5 at some point because it’ll free up my position. With my Bishop on d6 I can support this.”

The second howler happened against a Class C player. He was an aggressive player as I played the white pieces of a QGD position. I ended up walking into a pawn fork situation in the center once again when I should have exchanged pawns. I was focused on development and not taking the threat of the advance of his e-pawns seriously and considered his lack of development an indication of a premature attack. I didn’t go deep enough into the threat analysis.

Oddly enough, I was watching this science show recently looked into the human condition of blind spots or, more accurately, selective attention. Due to our color receptors not being as prominent as our other visual ( black and white) receptors, we are required to scan our field of view regularly ( subconsciously at times) in order to get the full picture in front of us. If we are in a situation where we try to focus on one thing, we will miss some glaringly obvious thing in front of us. One demonstration they did was to have a bunch of test subjects observe a group of basketball players doing passing drills and to count the number of times the “light shirt” team passed the ball. During the video clip, a man in a gorilla suit walks right through the basketball players, looks at the camera, and walks off. Surprisingly only a small percentage of the participants saw the obvious oddity.

Twice, the gorilla walked into my chess board this month and I was too busy focusing on MY STUFF that I completely missed the obvious. I was too hyper-focused with selective attention on MY game and MY side of the board that I completely ignored my opponent’s capabilities in the position. Having a correct thought process is very difficult especially when you are learning new concepts. In these instances, I was really looking for my chances to break through to my opponent’s side. My selective attention was focused on searching for tactics and attacking possibilities I could do and not so much the reciprocal of what could happen to me. I need to revisit my thinking process when I evaluate my opponents threats. I need to approach it with fresh eyes without my intents clouding my field of vision. The best way to do this is BEFORE I look at any of my candidate moves, to properly evaluate the position from my opponent’s perspective. After such, I should then go through and make the selection process.

Watch out for gorillas. 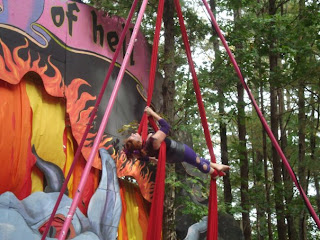 Blog Carnivals aren’t a new idea. The idea is for the host to collect articles submitted by other authors on a similar topic that he then creates a post with links to the other blogs. The host then provides a brief round up of the collection. There has been a flurry of activity in the realm of Chess Improvement in the blog-os-sphere that In January, Blue Devil Knight hosted the First event followed by Brooklyn 64 in February and soon to follow right here by yours truly, on March 4th. I extend a big thanks to my predecessors who have gotten the ball rolling.

You must use this kluge of a website to actually submit articles. The theme is loosely around Chess Improvement and what that means to you or how you are wrestling with it. Usually the author picks several sub categories like “ best presentation”, “Most humorous”, “ best Game example” and so forth that it really is all subjective.

We need a host for April, so don’t be shy. Why do a Carnival or contribute? It’s a great way to open new doors for traffic to your Blog. It creates a sense of community. Right now, it’s the dead of winter and it’s also one way to ignore the snow we’ve been getting in the northeast. Plus, when you host, you get exposed to all kinds of new bloggers out there you might not have heard of and pick up some creative ideas on the topic.

So, step right up, submit your favorite recent article loosely tied to Chess Improvement and don’t be afraid to host one yourself! It’ll be a fun.

Posted by BlunderProne at 8:17 PM 3 comments: 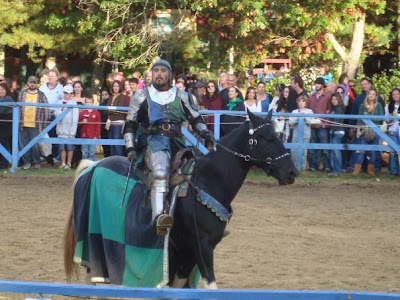 A small ember burned in Brooklyn and the spark carried far. For it’s simple post here rekindled the fire that was once the driving force behind the Knights Errant. Now reborn, the Knights Errant Revival is gathering a legion of tactical warriors on a crusade for chess improvement through the seven circles of hell!

Circling around the Chess Blogs are now the following active knights! Do drop in and offer support.

Brooklyn 64 ( from this point forward dub thee “KE Brooklyn Division”) has completed his first circle MDLM style and shouts out to his fellow knights :

I smile… I will see you in Philly my friend!

Takchess ( new and improved link BTW) is following Doc’s orders on Problem 400 Circle 1 of Sharpen Your Tactics according to Last update.

, offers advice on integrating Strategy and Tactics and his views on what he calls this madness as “microdrills”. Always something good to read there as well as his selection of pictures should be enough of any reader to be intrigued.

Wang’s stupid job won’t slow his quest down as he realizes that tactics is the one thing he can do in spite of a lack of real OTB time due to circumstances. Check it out, He’s already got the CT for beginners worked out and is well on his way through the first circle.

The Improving player is psyching himself up with this linked article about a class B player gaining 200 points in 6 months ( I have only 70 more to go in five). Daily tactical training is in that article.

So that’s it from the Knight’s Errant Revival Round up. Drop in a comment of encouragement to the fellow travelers. Come and cheer them on! 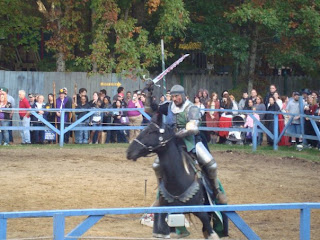 Posted by BlunderProne at 6:36 PM 6 comments: