A Historical Perspective on the study of Pawn formations 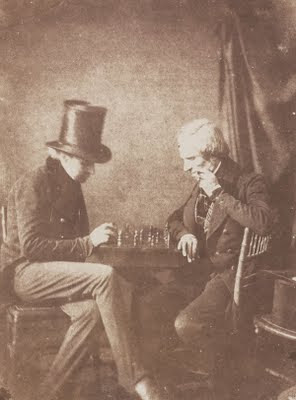 In one of the comments to my last post lamenting the problems of trying to understand the openings beyond rote memorization, the concept of pawn structures came up. I find this is most essential today in navigating the waters of opening theory. In my process of discovery, I find that openings usually tend to follow a theme depending on the pawn structure. The side who doesn’t follow suit with the theme usually finds trouble early in the game. As I review the responses to 1.d4, I am trying to put into perspective how this may have evolved.

I look back in the days before Harry Nelson Pillsbury came on the scene. The romantic age of chess where swashbuckling gambits viewed pawns as more of an annoyance that gets in the way of carefully calculated sacrificial tactics. Pawn formation was not really considered since most of the games were open to allow the maximum piece play.

Howard Staunton penned The Chess Player’s Handbook in 1847. The mention of pawns is in Chapter VI under general rules. He goes on to mention that “..young players commonly overlook the pawns or deem them scarcely worthy of regard, and are amazed to learn that the combinations of these simple elements are among the most refined and arduous studies of the game.” His underscoring of the importance is critical in this handbook. He follows it with the first general advice around central pawns and cautionary advice about the struggle of maintaining both e- and d-pawns in the center. Most of the advice is given as cautionary and displays what I think is a timid approach. He emphasizes the weakness of moving the King’s knight pawn.

A few years later, at the dawn of the classical age of chess, Steinitz expand’s on Staunton’s ideas in his book, The Modern Chess Instructor. Prior to this, in 1862, at the London Congress, it was determined that when a pawn advances to the 8th rank, it no longer was held as a “dummy piece” until the right piece was captured to replace it. It was allowed to become any piece immediately. In the chapter of Relative piece values and Principles of play, he elaborates more on the importance of the central pawn phalanx. He goes on to describe a strategy for symmetrical e-pawn openings where both sides castle and how important it is to open the g-file. He also elaborates on the role of each of the pawns.

The positional ideas that Steinitz penned and later Tarrasch supported became the mainstay but many felt that chess was becoming stagnant as more and more draws were becoming commonplace at the top events. Here we saw the King pawn games move to Queen pawn positional games. Themes around isolated Queen pawns, the minority attack, the Wyvill and Karlsbad pawn formations and other closed systems were being realized and studied.


Enter, Pillsbury and Lasker at the end of the 1800’s and early 1900’s. They turned the dogmatic classical axioms upside down by attacking the Kingside with bishop sacrifices and attacking with Queens and minor pieces. They showed just how vulnerable an exposed king side could be if the defending forces were cut off by a closed pawn formation with pawns on e6 and d5. In essence, they demonstrated that positional play could account for material loss if given initiative and an exposed King.


This gave rise to the hypermodern defenses meant to thwart the Pillsbury attack and the Lasker Bishops. It evolved from the same roots of having a strong pawn center but challenged the idea of allowing the White pieces to over extend. They drew on the timid nature of Staunton’s warnings by allowing white to occupy the center with pawns. Having an indirect influence on the center showed later that when they broke through, the subtle positional elements proved important. 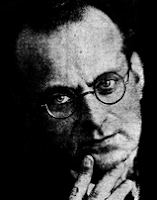 Nimzovich’s My System, has chapters dedicated on Pawn centers, Pawn chains, passed pawns, IQPs doubled pawns and more about pawn structure and weak squares. This was the first real manual relating positional elements with pawn structures. Weak squares created by pawn movement were first introduced by Steinitz. Nimzovitch takes it even further and talks about how to handle weaknesses created by pawns from both a defending and attacking perspective.

Later, we get Hans Kmoch’s landmark book on Pawn Power in Chess. Kmoch in 1959 builds on the same ideas of Staunton, Steinitz, Tarrasch, and Nimzovitch and breaks it down even further. He introduces terms like “lever” and Pawn cross as he dissects many variants and the interactions with each of the pieces. This is following the Modern Classical period highlighted with the Russian chess schools and the large opening theory that evolved 30 years after the hypermodern school debuted. The importance now shifts to the pieces and their interactions with the pawns.

Andy Soltis, recently wrote a book on Pawn Structure Chess and classifies the major pawn formations into 16 categories. He essays that understanding the schema of the pawn formations is the key to understanding the positional elements of the openings and prepares the player to handle subtle nuances and move order variations without having to study reams of opening lines. 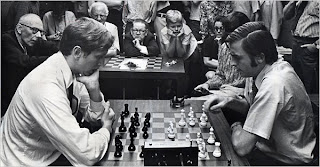 In my next post, I will dig a little deeper on a few of these pawn schemas as they relate to my openings. In the meantime I suggest you look at this wiki link as it provides a nice synopsis of Andy’s ideas: http://en.wikipedia.org/wiki/Pawn_structure
Posted by BlunderProne at 2:04 PM

I had Kmoch's 'Pawn Power in Chess' and went over all the games cover to cover a couple times (that was 17 years ago).

I just posted a couple of interesting games that I played recently that were determined by pawn structure play in the opening.

The pawns really come out in the ending, promotion and as you say king-cover. In the opening, I sometimes view them as Halloween candy to be passed out (I guess it's more about where they allow squares for the pieces), but their beauty is often seen later in endgame strategy. Again, the pawns can really disrupt where the pieces are played, both offensively, and defensively as sacrifices in the ending.

Who was it again that said that the pawn was the soul of chess?

Thanks for the nice historic summary, always nice to have such reminder.

This is the great thing about Chinese Chess. There are only pawns on every other file. Thus, there's none of this "pawn formation" to worry about, and you can have a Cannon (a sort of Rook) in enemy territory on move 1.