Memory is the first to go. 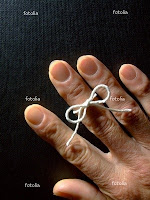 My experiment last weekend at the Mass game 60 was a bit alarming in realizing how QUICKLY I lose my memorized opening lines. Now, before you all jump on me about opening preparation and how it shouldn’t be a case of memorization and all, sit down. I realize this and part of the reason why I do the history tour and review game collections from old tournaments is to learn this game from whole games. The way I process information requires me to find neural pathways into long term memory through experiential exercises that challenge more than rote memory. Getting into the narrative story of a match, the emotional build up of the opening struggle followed with a middle game melee seems to be seeping ever so slowly in this thick skull of an old dog learning new tricks.

The problem I have is that it’s very hard to “unlearn” my old ways of learning openings via rote memorization. It’s a process I have to work on. What happens is that when I have a lapse in chess activity, the first thing that goes is the rote memorization of the openings. In particular, WHEN I PLAY WHITE 1.d4, the number of lines to stay on top of is insurmountable. How do I approach this from a practical perspective when there are so many similarities yet nuances making a Benoni like a King’s Indian except that it’s not and I am not an expert.
When I played against IM Igor Foygel, I knew it was going to be a cat and mouse game. Right on move 4 I was lost. 1.d4 Nf6 2. c4 c5 3.d5 e5 was the move order for a Czech Benoni ( modern Benoni plays 3…e6). I know this now because AFTER the game I looked it up. During the game, all I could remember was that after 2…c5 White needs to advance the d-pawn to maintain the edge. That was it.

I didn’t know what followed. How do I maintain an edge with advancing the d-pawn? Building a strong pawn center but I can’t get my pawn to e4 because of his Nf6. I couldn’t recall that White’s plan is to build a center and maneuver for a king side attack while watching for Black’s breaking moves on the c- and f-files. Instead, I fell prey to creating false weaknesses and eliminating pieces in an effort to get to a playable middle game.

I played 4. dxe6 which allowed the Master to open up the f-file. During the post mortem, he asked me why I captured. I told him it was my intent to create a weakness. His words of wisdom “ Don’t create a weakness unless you can take advantage of it right away. Every Weakness is only good if you can use it.” Also, in hindsight, the choice between development versus creating weaknesses in the opening is now clear. Especially when I am taken out of “book”, basic principles should apply. Better to develop Nc3.

Here’s the game in all its ugliness.

Playing white is a problem for a patzer like me. I used to use an opening system to get by this hurdle but found it to be tiring against stronger players who know how to play sharply around them. I buckled down and decided to learn Queen’s gambits after I studied the games of Harry Nelson Pillsbury a couple years ago. But the problem with this is that in practice I have to deal with all the Indian defenses, orthodox defenses, move order variations, slav defenses and the friggin Dutch. It’s too late to switch gears before the World Open in July unless I wuss out and resort back to my London System.

The good news is that I play the Slav and after studying the New York 1924 Games, I learned the Rubinstein Variation of the Nimzo-Indian. The Kings Indian Defense of the Zurich 1953 studies have yet to make practical “head room” in my noggin. It’s overwhelming to think of all the variations I should be prepared for when I play a Queen’s pawn game. At one point or another, I “prepared” for the Dutch, Benoni, and other Indian defenses. Unforetunately, it only made it to the scratch pad memory of my internal processor. This gets reset every time I learn a new thing or take a break from “serious” play.

Igor says, “ Don’t worry about studying openings at your level. Just play chess. Look at book AFTER the game. Then you will learn.”

Yes master. Thank you Master.
Posted by BlunderProne at 3:31 PM

You might be interested in the technique I've been using for the last year. It takes a bit of work, but it's been working awesome for me.

d5 is okay, rather decent, but when you trade the pawn there and he recaptures with a pawn, you have spent two tempos trading off that pawn. So you are White, but now you are "Black", _and_ down an additional tempo to boot. It's like being Black and losing a move. Structure-wise, you don't have enough initiative to say his king is weak because of it.

Forget brilliance and memorization, the lost tempos were the decisive part.

Look at the position before your 5th move. He has developed 2 pawns and a knight to your one pawn. These stronger players know that the position will play itself for them.

Just keep at it. It is hard to "unlearn" bad habits. But keep at it and it will become the new habit. As we all know. It doesn't happen overnight. As for Igor... well, you are the one playing, so you need to enjoy playing and learning the openings you want to learn is important.

If you let him have the ..e5, then it is a full Benoni, which is not such a hot position for Black as his kingside and queenside are cutoff from one another to some extent.

I am doing better in opening lately because I can "grok" the key difference(s) between variations.

Many times I would hang a piece or such because I didn't know an opening and thus wanted to play the "rote" move, to the point where I was no longer reasoning out. Yes, this drops a piece, but it must work somehow because this is how I remember it, dogonnit! Oh, wait, no, I am supposed to play that move 2 moves later, oops.

Finally, I've gotten to where I can simply reason these things out, and that won't let you down as much. ;-)

But it's still worth knowing a line that you want to spring on your opponent, sure, something investigated thoroughly where you found some idea of permanence. It's just don't buy into openings too much or it may all get swotted up, and pretty soon you are playing moves that you don't even believe in, which is bad if it's not according to your own style/analysis/belief.

In the game though, the queen recapture on f6 was worth another tempo, and so was the open f-file just about. That is virtually 4 tempos handed over. The game is a good example of how trying to play by rote can let one down.

The Experts that I have played, I honestly don't think they had memorized much, they were simply strong "reasoners" at the board, and could incorporate a lot of tactical analysis.

Yeah, I've heard numerous IMs and GMs give the advice that players below x, y or z level should not spend time studying openings.

That's fine if you have the same brilliance that they have which enabled them to skip through all of the Class levels and reach Expert or Master by the time they were 12 or 13 without studying the openings much, because they were so gifted at being able to figure things out over the board.

They simply have no idea what it's like to not be able to grasp things as quickly as they're able to.

While a high percentage of my games are 'out of the book' by the 5th or 6th move, (and sometimes after the 2nd move) it's also the case that in an even higher percentage of my games one player or the other has a decisive advantage by the 10th move. Without opening study, I'd be on the losing side of that equation far more often.

Last December this borderline 17-1800 played the Veresov against my KID, and I had no idea what was going on and got thoroughly rolled. At home I wasn't able to find what he'd played in MCO. The best I could figure out was that I could've /should've transposed into a line of the Pirc.

Last week I played him again, but couldn't remember most of what I had looked at five months ago. I avoided a couple of the mistakes I had made in the earlier game, but still got crushed. This time I was able to find the Veresov line in MCO, so now that weird thing he plays has a name, and maybe after being burned by it twice, I'll be better prepared for it the next time.

BTW, since you're tired of the London system, and feeling overwhelmed by all of the different openings Black has to choose from in response to d4, the Versesov might be worth your consideration.

Igor's advice makes perfect sense, in terms of practical results. In matches between non-beginner class players, what percentage of the time is the game really decided in the opening?

Class players will almost always allow their opponent chances in the middlegame.

The Czech Benoni is a tough nut to crack regardless of your theory retention. One suggestion I may make is to play capablanca-style with 1.d4 and against 1...d5 play 2.c4 with queens gambit fun, but against 1...Nf6 play 2.Nf3 and play your London(except against 2...d5 when you would play 3.c4). This way you would only have to worry about Queens Gambits and Slavs, while sidestepping learning the indian defences until later.