Taking out my frustrations over the board

I was matched with yet another Class A player ( near expert strength). I knew I was going to have black against him and found a game in my database where we had played before. It was an exchange C-K and I like the line with 5…Qc7 as it sets up some interesting dynamics. Last time we played I missed a nice little tactical maneuver after he played 6Qb3, Nxd4 can be played and creates some interesting dynamics. He chose to play 6.Ne2. 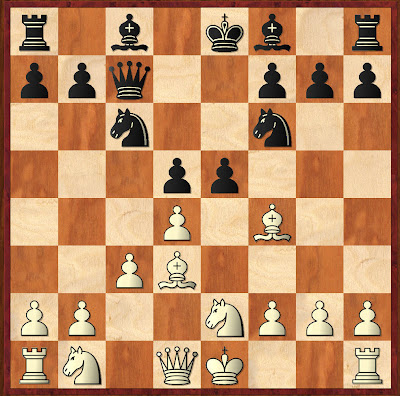 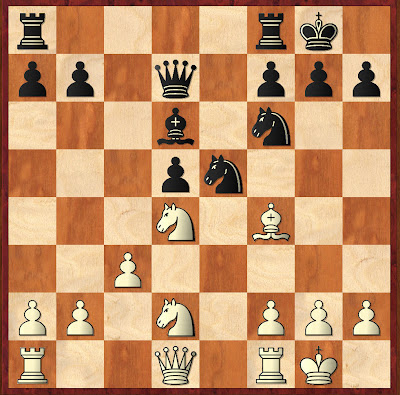 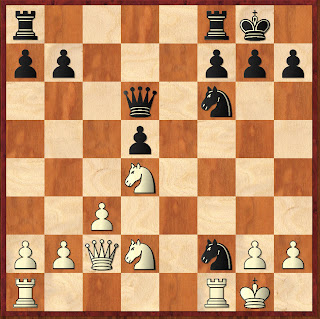 15…Nxf2 OK, in hindsight I should have played more conservative. But playing against a strong player gave me a chance to take some chances with very little to lose. The exchange I envisioned gave me a Rook and Pawn for the two pieces at the very least. At best I had a mate threat or a rook for a knight. So I decided to mix it up. 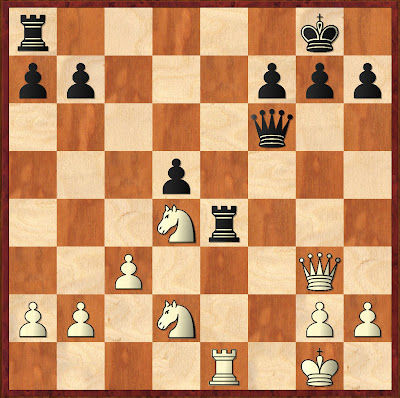 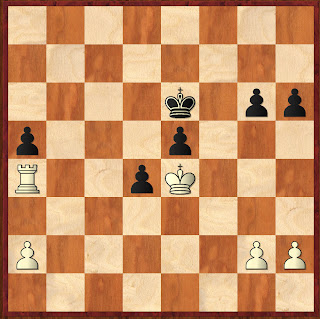 No guts no glory. I took my lumps, satisfied that I didn’t play a timid game. I was clouded with a frustrating day at work and put on the fog lights of an attacking and imbalanced game of a chess instead. In this case, I veered off the road with little damage. But I did get a rush of adrenaline and sharpened my axe a little more.
Posted by BlunderProne at 10:50 AM

I know the feeling of wanting to tear someone a new a@**hole after a bad day at work!

The book I mentioned by Jesper Hall has a whole section on IQP's which is really interesting.

@BP - interesting post. Thanks for the insight into a "damn the torpedoes" approach to attacking in a (supposedly) quiet exchange C-K -- LOL!

I don't play as well later in the day, either, but for all we know these stronger players could be taking naps beforehand to get the edge on us! hehe.

I had my meltdown last Wednesday and then realized something. For me, it seems the best way to win against A players and above is to go positionally. You were trying to go tactically in this game, but it allowed HIM(/her) to beat you positionally.

In that one diagram where you went for the admittedly very tempting Nd3, you could have formulated a possibly stronger positional plan. After perfunctory moves like Re8, if he plays Re1, you could play Rab8 and b5, threatening b4.

If there is one thing we've learned from Zurich '53 in these positions is that it's good for the other guy to have a weak pawn (c3) as well! If he tries to stop that stuff on the queenside, then you can look to tack back over to the kingside.

I would try to approach it that way. Probably would have eaten up quite a bit of time to come up with that, but at least you have set down a middle-game plan that he has to contend with and possibly/probably spend clock time thinking about (instead of simply reacting to your tactics, which 1900+ players typically do well at).

So can we take it your employer caused you emotional distress and chess insanity? That's a job for 1-800-LAWSUIT right there.

Not sure if you have better success against higher rated players in imbalanced or balanced positions. One time, I swindled a draw from an Expert because of a boring, symmetrical pawn structure. (And I had offered the draw, although this was before being aware of the fine points of chess etiquette.)

But the imbalanced stuff's more fun!funfun.

This was a great fight. I can understsand that you felt satisfied to see him sweat.

There is however a quote that struck me in your post. You wrote: "I saw a rook for two pawns and a knight". While true in itself, thinking like this has its flaws. To evalutate a position it is better to see what is left on the board, instead of what goes off. In fact you were getting into a position with two pawns against a knight. Since those pawns were not very active, this evaluation might have made you more reluctant.

Is it me or is that 0-1 at the end of the game notation wishfull thinking of black? ;-)

You win one, you lose some, but the experience nobody can take away from you.