Part 4: Putting it all together

I’ve added a couple new comers to the list on the side. Please take some time to welcome these folks.

Wrimle to the fray. He’s working on board vision. Make sure you check out his simple declaration.


The Scheming Mind also is new and seeks to transition from correspondence chess to OTB and outlines a nice plan that fits in with a busy person’s lifestyle of work and School.

Tempo waxes philosophically over middle game to end game transitions and breaks it down in his mind’s eye.

Steve channels Sherlock Holmes and solves a mystery of an extra pawn.

Linux Guy posted some games from his recent “lessons” at the American Open .These are some fine games and if you scroll down, he offers a contrasting picture of two types of players at this event Pitting MDLM against Positional players who’ve taken the time to study Z53. ( LG, I fit in both categories!)

“Pumpkin Chunkin” rook ( since it’s close to T-day), has some more of his nifty GIF animations on some memory chunks of a Scotch game. I have to learn that.

It’s nice to see the new comers. I try to keep the door wide open for all who seek to declare an improvement plan and dare blog about. In return, we will off support and encouragement in your journey. Huzzah!

So I have to report that since I made my 440 positions, I’ve played several games this month. Seven of these games were against Class A players. In the last week, I’ve managed to defeat 3 class A players in a row. I’ve been playing once a week at the chess club and on Sunday, 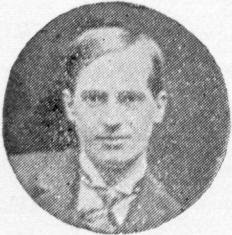 November 29th, I played at one of my favorite events, The Harry Nelson Pillsbury Memorial. I finished with 3 wins out of 4 games earning the U1750 cash prize, but my wife needn’t worry about me quitting my day job…just yet.

The Jury is still out on whether my new training regimen had a great deal to do with it or am I just rebounding from my really bad slump and this is just the laws of averages working here. Nonetheless, it’s the most positive reinforcement I’ve had to date on this process of improvement. Earlier in the month, my USCF rating was at an abysmal ( for me) 1618. After Sunday and after picking up some points at the close of the Club’s monthly event, I jumped up to 1723. My all time highest is 1755 I had earlier in the year. So this is where my cautious optimism comes from. Earlier in the year, I had a goal of breaking 1800 by the end of the year. I just might have a chance of doing that depending on how I end December with at the club. I’ll be happy meeting my 1755 high.

Putting it in motion

Of the 440 positions, I had a set of 55 positions form my most recent games I went over daily. At first it took me over an hour. By the event, I had this down under a half hour and hitting them at 100%. I also took the 50 positions created from my repertoire database out lined in part 3 and reviewed them 3 times ( every other day before the event). One day, I did all 105 and plowed through another 20 positions of the games studies. In particular, I couldn’t resist going over the games of Hastings 1895 in preparation of the Harry Nelson Pillsbury Memorial. It just seemed like the thing to do.

I am now in the process of weeding out my “daily dose” and moving the easier ones into the “once a week” review group. I am adding the recent games and pulling in some positional studies from the Zurich 1953. This is a work in progress as I fine tune this.

I will do some opening maintenance and pull some new positions to study as I broaden my scope. These will be reviewed 2 or 3 times a week. I am shooting for a complete Brain Burner once a month with the entire set but this will take time. As I add new positions to the “daily dose” I have to build up my experience and keep the time to under an hour.

So my formula is to have 50-ish daily, 50-ish opening rep training every other day on top of the daily dose. Once a week add 20 or more of the positional studies from the master game collections and eventually build of a rep of 50 of these to do once a week. The goal is to get the easier ones moved to the monthly brain burner.

In the near future, I will be posting a couple of the recent games as some were pretty spectacular with inglorious blunders on both sides. For instance, I almost lost one game against a lower rated player because I got cocky and played a variation of a defense I never played before! Next thing I knew I was subjected to a Greek gift and almost mated.

In general, where I won my games was all in tactics. Tactics I recognized over the board because I was comfortable enough knowing the positions.

One last tip I will throw out there is that I use my training database in 3D format so I can visualize the moves better. That was one thing I learned back when I was a Knight Errant. CT-ART was all 2D and I had the hardest time transposing to OTB.
Posted by BlunderProne at 8:55 PM

Wow. Dude. You're going to start inspiring me :-)

I'm still flummoxed over the way to build the databases you are suggesting. I have no shortage of positions to learn from however :-)

I'll re-read your posts on making the database stuff, unless you have the instructions compiled in one place... hint hint... maybe for a donation?

I want to start on that stuff this weekend...

Glad to hear that you did well at the tourney, do you think your hard work has payed off? It seems to me that it has. I think by keeping commonly occuring positions fresh in our heads it allows us to familiarize ourselves with the position and to feel comfortable in assesing it and coming up with the right plan. I guess that the difference between masters and amatuers. Masters have thousands and thousands of positions in their minds eye which allow them to easily asses a position or determine the right position they want to be in, verses an amatuer who obviously just starting on their journey in chess, has a limited amount of stored positions. Enough ranting, good job. Keep up the good work!

Nicely done and thanks for the update-- I've now bookmarked your blog. I've been looking for hard evidence that tactics training leads to overall improvement--is this it?

It's hard not to feel happy for you with those three scalps.

But now I know where all those wins I used to get on FICS have been going.

Congratulations on this achievement. As they say: "nothing succeeds like succes!"

It is very interesting to see you use the Wetzell technique and modify it into the chessbase mold.

@Harvey: Try clicking on the label ACIS. this should show all my posted related to the this so far.

@Scheming I've read some of DeGroot's thought and choice in chess. He also speaks of these differences between Amateurs and Masters.
@Sebastian: May I introduce you to Tempo who has managed to keep track of those who attempted the MDLM method : http://temposchlucker.blogspot.com/2005/05/ratingprogress-of-knights-errant.html
@LEP Thanks for the happiness
@Phadreas: I know Wetzell, he attends my club.

sir, is there some Lazy Man's shortcut to copy blog link list over to my own blog?