Back to the Crystal Palace of London 1851 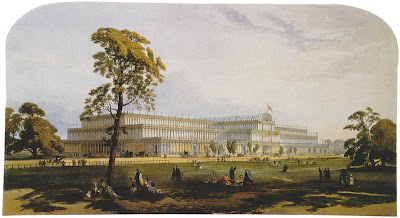 First, I really believe an in-depth study of this event has actually helped my game. In the past couple months I picked up 70 ratings points... most of which in G60 events. The most recent was yesterday where I played in the U2000 section of the Mass-Open 1day G60 event and finished with 3 out of 4 points winning a 1900 player and only losing to Howard Goldowsky. I found myself drawing from the experience of this game study as I looked for small advantages to nurture and grow. Nothing outrageous ( well... maybe but there will be another time to comment about THAT game)

The first round best of 3 knock out style was a good lesson on how to beat opponents with less skill as the second string players systematically got flushed. True a couple of powerful fall outs were inevitable which made for some strong matches already covered. The next round was going to prove more intense.
As I turned the time machine back on to London 1851, I prepared for some long battles with even matched opponents ( except on Williams sweeping Kennedy). The tournament shifted gears and required a best of 7 match now that the chaff was separated form the wheat. I have to admit, some of these games were rather dull and boring but lessons were learned in each one.
Since I mentioned Williams already, I begin with his sweep ( I lumped all four games in one post at the chess.com site so be patient as it loads) against Mucklow. Recall that Willimas was a student of Staunton's, as well as a strong player who defeated Lowenthal in round one. Mucklow was a second string fill in who defeated another second stringer ( E.S Kennedy) in the first round. So it came as no surprise that Williams easily defeated him. Games 1 and 2 Williams was able to dominate with tactics and outplaying in the endgame. Game 3 looked like both opponents were either asleep or drunk. Despite the miss used Wyvill pawn formation and unpunished hanging queen, Williams closes with when he finally takes up the hanging rook. Game 4 was more decisive as Williams knew how to use a Wyvill pawn formation and make use of c5 and f6 levers in a Slav like formation as black.
The first four games of the Staunton vs Horwitz matches ( again please be patient all 7 games

loaded in one post at this link) was like a tennis match. Staunton was steadfast with his favorite English opening as white. Horwitz approached it with a dutch f5 winning both times. Stuanton successfully deployed a Sicilian Defense against a Grand Prix style ( thematic to the Dutch formations played as black). Both players played almost identical as Black AND as White. Game 5 broke rank with a drawn English versus Dutch. In Game 6 Horwitz tries a different approach. Instead of heading into a Sicilian with 1.e4 he plays 1.f4 to head for familiar grounds with a dutch set up. At about move 26 he misplays a critical position and underestimates Staunton's position and drops material. Rattled, match 7 leaves him scrambling for a slightly different move order of the same old trick for this old dog. Again its an English versus Dutch ( yawn) but Staunton was better prepared and ripped it open, closed in like a pair of vise grips.
Now, Anderssen versus Szen was another tennis match but a lot less boring. It only went six rounds and showcased flexibility where both players comfortably went into Sicilians, Frenches and even a queen's gambit. Anderssen played an early version of the Schevenigan variation of the Defense while Szen played an open style. Anderssen turned a small advantage into a win in 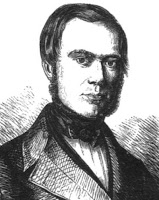 the first match against the Exchange French variation which was as common at the time as the sicilian is today. The second match Szen went after Anderssen's uncastled king position following the Sicilian Defense. As much a fan I am of Anderssen, Game 3 was unimaginative and boring as Anderssen tried his hand with 1.d4. Szen played an uber symmetrical variation that Anderssen later blew and lost the exchange. Anderssen went on to steam roll the last 3 games against Szen turning small advantages into a point in closed positions. That was my inspiration for the my recent wins. Learning how to turn a small advantage into a victory.

I only commented on the last match ( of another 7 round tennis volley) of Wyvill versus Kennedy which has a brilliant Knight sac pawn grab on move 14. This game had a lot of potential as Wyvill clearly knew how to handle the pawn formation derived from this Exchange Slav variation of the QGD. H. Kennedy's pieces were not well placed which allowed for this decisive attack.
.
I will wrap up round three in the next post. Since I covered a couple of the games ( Staunton vs Anderssen) already, I will focus more on the other matches and provide commentary of the match winning events.
.
Studying round two taught me about the importance of turning a small advantage into a point. Equally matched opponents means precision of piece placement can decide the game.
Hope you all enjoy. Thanks for your patronage.
-BP
Posted by BlunderProne at 11:14 AM

Awesome! That last game white just wiped the floor with him. I really like the little summary of the key points to notice in the game.

Who says hypermodern was invented in the 20th century? These guys kicked ass!

I do the summary for (most) all the games as well as my own. Its a way for me to "chunk" the concepts. Because I can go, "OH! that's the one that Anderssen wiped up using a powerful battery on the diagonal"

Glad you enjoyed this.

blunderprone, your effort is truly epic. outstanding. most impressive. and, best of all, but are seeing it manifest in your play.

Are you familiar with Hikaru no Go? I'm wondering if one of your chess boards was haunted by Anderssen or Staunton and one of them's trying to play chess again from the underworld.

This would not be a bad thing, by the way.