Blundering at the 19th Annual Eastern Class Championship in Sturbridge. 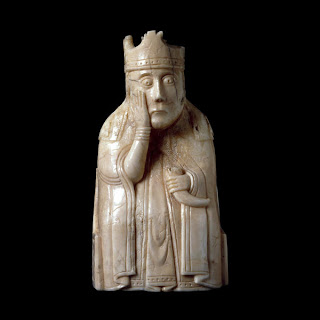 I thought I’d pause in the Lone Pine 1975 series to provide myself with some cathartic analysis of the three losses at my most recent tournament. To put things in perspective, I’ve been in the process of transitioning positions at my main job and started teaching part time. In addition, I have a very “exciting” home environment that keeps me up at night chasing rebellious teens. Why don’t I just put chess on a shelf? This is my outlet, where I can blow off steam. Once I enter that arena, and hit that clock, the meditative process begins and for the most part, I can put out of mind all the other things, in theory.

In practice, I have been distracted as will be seen in my game. I was walking into round 3 with a point and a half. My opponent was of equal rating but of fractional age in relation to my own. I played the White side of a QGD with the first four moves being classic 1.d4 d5 2.c4 e6 3.Nc3 Nf6 4.Nf3 as we entered the three knights variation. Here my opponent plays 4…b6 an oddball in my book. I attempted to play via classic rules and exchanged first in the center creating an opportunity to play into a hopefully a minority attack. But I never got there. Asleep at the wheel, I played rote moves and opted to castle versus taking aggressive action on my opponent’s underdeveloped queenside. Then I wasted my time with pawn moves and closed myself in for my opponent to walk in with a Queen and knight. Here is that debacle:


In round four I was in a swashbuckling spirit as I was facing an opponent I often face at the club. I had a pretty good score against him and just plain old felt like taking a risk… at a tournament. I had been studying the Winawer Gambit in the Slav at a cursory level and thought “ wouldn’t it be cool to surprise Mark with this? Well, in hindsight, I was totally unprepared and only knew the first few moves and not the true spirit of the gambit. It went abysmally wrong from about move 6 until I finally threw in the towel. Here is that debacle:

In the last round, my opponent barely could see over the king. What distracted me most was this odd looking security blanket device the kid had. I should have taken a photo of it but this is what I found on the web that came close to it: 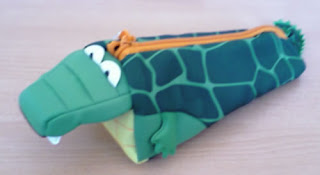 “What’s that?” said the mean looming figure from the Black pieces pointing to the crocodile shaped thing.

“No its not, it’s a crocodile!” exclaimed the bully as if to say under his breath, “ you expect THAT to protect you?”

Such a device was fitting for the swamp of the Caro-Kann I fell into. I missed some really aggressive moves in the middle game and by move 26 I resigned as the crocodile was about to consume my queen.

Here is THAT debacle:

It actually was good to review these games and put the key positions in my “daily dose” study patterns. I am practicing for the World Open this year. The Part time teaching gig will reward me with the means to get there. Continuing to play even at half capacity of my full strength is better than dusting off rust a month prior to the big event. Thank god I don’t put much stock in my rating. It’s only a game. On the bright side, I played through some fog, went on an adventure and challenged a fierce little crocodile. There’s always NEXT TIME!
Posted by BlunderProne at 1:05 PM

Email ThisBlogThis!Share to TwitterShare to FacebookShare to Pinterest
Labels: ACIS

Game 1, the rust is understandable, I've been there as well.

Game 2, I've played this sort of position tens of times before in the French Exchange - playing Q back to d8, and c5 almost always turned out to be bad against equal or stronger players. Before that mistake it looked like you had a really interesting game. Not sure why you resigned, you may still outplay your opponent.

Game 3, probably Bg5 instead of Bf6. White wins off of the cheapo, but you aren't bad off before that.

In the game of round four one could ask what you are planning with Re1? I mean what is the added improvement of that move? Personally i think it makes your position worse since the rook has no extra movement then it had on f1, secondly its now blocked by two of your pieces before it can go upwards.

It looks more like a waiting move which is according the ICS course a bad move. I even doubt it belongs to a plan.

Ouch. Touch losses all. It was good running into you at the tournament all the same, and I'll see you in Valley Forge!

Oh, and I love the "crocodile pencil case" anecdote.

I know both the kids you lost to. I had kid #1 and his brother in one of my after school classes when he was 1st or 2nd grade. The first time I played him in a tournament he beat me. His brother is also pretty strong. I've lost to the brother too. They're members of "Polly's former students who have beaten her" club.

When I saw the picture, I said "Wait a minute, that pencil case plays at my club sometimes!" I escaped with a draw the one time I played him.

Beware of New York kids, most of them are under rated.