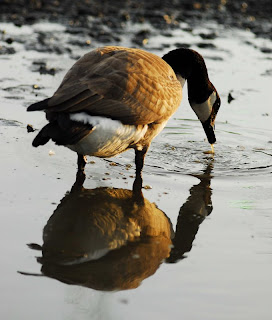 I am pausing to reflect before I get started on the Zurich 1953 series. I thought I’d share a game that I won last week at the club against an 1800+ player. That may not be saying much as I am closing in close the Class A threshold but it's a significant game as I won it with a tactic.
This game was interesting to me as I played the white side of a Slav defense. Since I usually play the Slav as Black, I debated whether to see how far down the rabbit hole I could take him before either of pops out of the main book lines. Instead I decided to lessen his chances and play a tamer exchange variation that has a drawish reputation. I wasn’t up for any dxc4 lines so this was what I played against this Class A player. I managed to win this by sticking it out positionally through-out the middle game and hitting him with a tactical shot that won me a knight. But being the fool that I am, I almost blew it as you will see. I had to do some fancy dancing and was glad his time was running low during a complicated position that he didn’t play his best move. Phew! I’ll take the point.
I chose to display the game with some diagrams so my friends can practice visualization :)

FLEXIBILTY TO PLAY ON EITHER SIDE MEANS BETTER MOBILITY

Key Points:
1) Playing an exchange Slav could be drawish but against a higher rated played I'll take that chance
2) When Black plays an early QB to f5 and locks it out with e6, Qb3 is strong and immediately exposes the weakness in the position.
3) Knowing when to exchange queens is crucial.
4) Tactical shots nets a knight but sloppy play almost lost the game.
5) Look deep during desparate times. 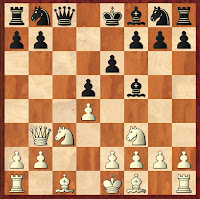 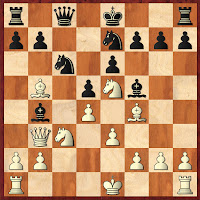 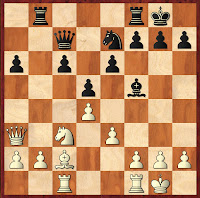 I need to challenge the bishop. 17...Rfc8 18.e4 Bg6 19.Rfe1 [19.exd5 With the exchange line, I saw that if balck took back with the pawn I had a pretty good position. With the knight taking back I had a hard timecalculating the position after 21 Nxd5. So went a safer route and put more 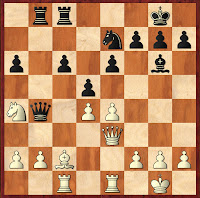 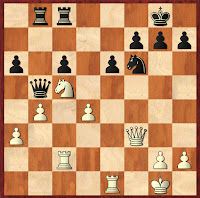 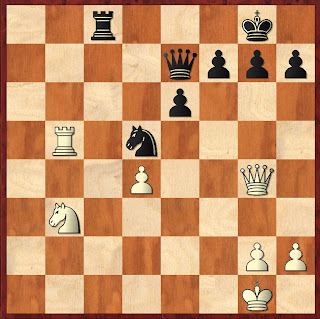 Do you see the tactic? ( don't scroll down if you want to guess) 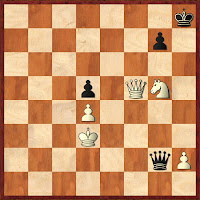 @trallala: Good point! Because I wasn't awake and I wanted to win the piece later in the game?

I'm not sure why I didn't even sconsider it. At the moment, OTB. I was seeing the pin and reinforcement of the c6 pin. I was more compelled to play Ne5 ( familiar ground) rather than SEE a piece up for grabs because of the pin. The mind plays terrible tricks on an evening round of chess after a full day of work.

Thanks for the simpler path.

Dude, congratulations on the win and your recent good results. I guess the Old Timey chess thing is working out for you.

I remember some moons ago that you played ...Bf5, as Black, and tried to rationalize away moves like Qb3. But now, it seems, you're not being so stubborn. Progress.