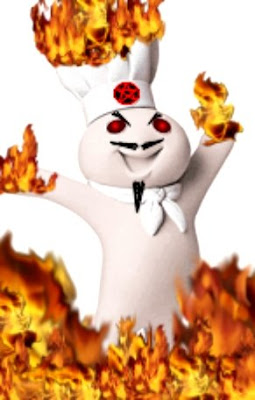 I Played all four rounds at the Harry Nelson Pillsbury Memorial and managed to score 2.5 points. The games are post turkey , Pillsbury doughboys… not thatr nutritional if you get my drift. I may post the game scores on a couple but for now I’d rather save my energy on better examples down the road. This was my "rust remover" event.

My only loss was in the first round against an 1800+ player. Despite having a slight advantage out of the a English turned Slav like defense as black, I managed to throw it away with careless pawn advance on the f-file that allowed my opponent to have the upper hand in the end game. I should have taken the draw he offered on Move 20 but I looked at his clock and thought could squeeze him for a point ( OK I got Greedy).

The second round had me paired with a guy who was experiencing his first tournament after only playing on chess.com. He didn’t even know how to notate the game. It was not a satisfying win. I suggested he play in the lower section and advocated for him with the TD. The guy never showed up for round three.

I was paired against our club president in round 3. We’ve gone back and forth on several occasions. This was not a pretty game. I had white, and played into a QGA with advancing a pawn center. I knew if I threw him out of book I’d stand a better chance at this memory machine. I played a difficult line with Bd3 ( after recovering the c4 pawn and he kicks it with b5). But I was also not that familiar with QGA lines since all I’ve been looking at were QGD games of Pillsbury and the likes in my 1895 time machine journey. I played a howler of a move setting him up for a nice Bishop sac on f2 to net at least a rook. He over looked it ( I had a good poker face I guess) and I managed to get a winning knight fork on his king and rook.

The last round I was paired with another under-rated shooting star kid. About part way through I was down a pawn but had a bishop versus knight ending. I looked at the kid’s score and saw he still had a chance at the class prize in our section. I offered a draw and said “ You will still be in for the U1750 prize.” His eyes lit up, he went to the pairings board and checked the scores. He saw one other player might be in contention as well and checked out that game. After ascertaining that this other game was not in favor of the contender, he accepted my draw offer. I thanked him. I walked away with 10 rating points. Not too bad since I was 2 and half months rusty after the teaching gig.

I printed out a poster of the HN Pillsbury based on my biographical post, complete with pictures. It was well received and I donated it to the care of MACA ( Massachusetts Chess Association). I also made several copies of a chessbase CD I created on the Hastings 1895 series I did here, augmented with Frttz’s analysis and training exercises. I sold 3 at the event so I broke even.

I went back to the Club last night and was paired with a13 year old rated 1844. He must have been tired because he missed two tactics that allowed me to first net a knight then later, his rook. So the MDLM stuff is still paying some dividends… and I am one knight who refuses to burn out.

Stay tuned, I got the time machine all primed for New York 1924. This is an event with Em Lasker, Capablanca, Tartakover, Reti, Alekhine and Frank Marshall to name a few. The book I scored on e-bay has annotations by Alekhine as well as a 21 page essay on the openings used in this tournament. I am psyched to get started on this hypermodern themed event. I find that going through the romantic style of play from London 1851 helped me understand the positional theme of the Hastings event. Both of these will help me fathom the depths of the “new wave” of hypermodernism seen in this event.
Posted by BlunderProne at 8:06 PM

Congratz. I'm also trying to brush away the cobwebs... albeit on ICC for now. Not a bad showing at all! chess.com correspondence ratings tend to be a bit inflated. Must have been a shock for him to see what an OTB U1900 section is like.

Well done. Not bad for a rustshaker event. Looking forward to your NY series of posts.

It was nice meeting you at the Pillsbury.

I've sent a couple of letters to the MACA board, protesting the results in the U1600 section.
The "winner" of the event does not, in my opinion, have a track record that in any way suggests she would have been capable of playing the way she did in this event.

What do you think?

I must have forget but what is your otb rating?

Winning ratingpoints is always pleasant but i hope not the main goal of why you play chess.

ES: It was nice meeting you too. The question about Valeri is tough though. Did she get up frequently during each match? I know she came with "family" from what it appeared. Maybe she did some circle training MDLM style for the month of November.

I'll ask Ken when I see him at the club what his thoughts are.

Sounds like a lot of fun. You are now a paid chess author! Time to file new tax returns. :)

I don't know whether:

a) Your "Chess Bully" tag should be revoked by being encouraging to the last-round kid.

b) You fully deserve the "Chess Bully" title for bribing the kid with potential money.