Gaining 130 rating points in only 1 month

I had two successful tournaments back to back in January where I took clear first place in my section. There was nothing different from the players I’ve been playing and up until that point my results were inconsistent. What has changed is mainly following a basic thought process of looking at my opponent’s move and determining if it’s a real threat that needs to be addressed or if it reveal’s the intention of a threat or plan. That’s not to say I go blindly and become a slave to my opponent’s desires. Rather, before I continue my ruthless task of decapitating the opposing king, I merely make sure no assassins are coming after mine.

I am also back on a tactical training regimen that follows loosely the Michael De La Maza method ( from this point forward referred to as MDLM) outlined in his book titled “ Rapid Improvement in Chess”. In short it’s a very brutal method of doing a set of tactical problems 7 times over until your eyes bleed. I’m no stranger to this method since I’ve done the seven circles of hell not once but twice. 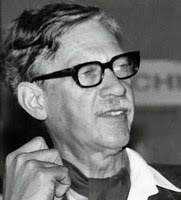 Back in a day, Adriaan de Groot was a Dutch Grandmaster AND Psychologist who did a landmark study on what separated masters from amateur level chess players. In his published book, “Thought and choice in chess” the premise is that Masters recognize patterns on the chess board in ORDER OF MAGNITUDE greater than amateurs. There have been follow up studies in recent years. For instance, this link talks about which areas of the brain light up in an MRI of an expert versus a novice. The area that becomes most active is the part in the brain that is mostly used for facial recognition.

This is the basis why I chose to include repetitive pattern exercises in my chess training along with game studies ( chronicled mostly here) and OTB practice. I started an MDLM process back in 2006 when my rating was in the 1300’s. After completing the first 7 cirlces, I saw a spike in my rating… a HUGE spike in my rating gaining about 300 points. I joined a cult…er… community of online supports for those attempting the circles because misery loves company. The group coined the term “Knight’s Errant” For more information about this please read this FAQ and if you want some humor… I did this tongue in cheek “promotional” video.

On the subject of rating improvement, the results actually vary. Please check out this post as this is about as much of a collection fellow “knights” who road through the seven circles of hell. The bottom line is that if you start out as a Class C or lower, you have a higher probability of a huge spike ( greater than 150 rating points). The higher the starting rating , the results taper off.

I thought I’d share a little on my personal experience on doing the 7 circles from hell:

Like a moth to a flame, I stumbled on the Knights errant method, got the MDLM book…author of which was a member of my local chess club as well. As I previously mentioned, my rating jumped from the 1300’s to the low 1600’s and I was like WOW! The problem was that I had a hard time seeing the tactics and having trained in 2D using CT-ART, my mind had a hard time converting to 3D OTB ( or so I thought at the time). The other problem was that once I stopped doing tactics I could tell my tactical acumen started to wane.

How I did them:

I used CT-ART almost exclusively as I liked the fact that there is no “time pressure”. The first time around, I did 7 concentric circles. What this means is that instead of doing it MDLM ( level 10 then level 20 etc… return to level 10 after level 90 seven times over) I chose to do each level 7 times before proceeding to the next level. The second time I did the 7 circles of hell, I focused only on the first 4 levels of CT-ART since it’s rather advanced at the higher levels. Plus, this seemed to be the bulk of the problem levels I encountered. Currently, I am doing concentric circles with the following modifications: I do level 10 as many times it takes to hit 100%. ( 4 times this time around) and then the next level. I will not go past level 40 as I still feel the upper levels have more of a diminishing of returns factor.

Other tactical tools I used:

I tried tactics servers but my personal preference falls back to CT-ART only because I don’t want the time pressure when I am working these problem sets. I do use chess.com. Entry membership allows 25 problems a day. I have a premium membership so I can have more use of the learning tools and unlimited tactics puzzles per day…if I choose. These have a time component but they always work to just within my playing level. I use these on my smartphone through out the day in various waiting activities that life presents itself ( doc’s office, boring meeting at work, and of course sitting on the throne.)

After I completed the first set of circles in 2007, I was like a teenage with too many hormones and not enough release. I thought I saw tactics in everything. I played like a caveman with my hair on fire. What this meant was I had inconsistent results. Against higher rated players I would have good games and play a lot more cautiously. Lower rated players gave me the most trouble as I was in berserker mode chasing ghosts.

Tactics and strategy go hand in hand. This is where Dan Heisman’s and Jeremy Silman’s critique about the MDLM method started to sink in. Heisman was more concerned about the selection of problems that CT-Art offers are not tailored to novices and suggests John Bain’s problems. Silman was more brutal in that tactical errors occur mainly due to positional errors. I created a void by not understanding strategy enough. A quote from Sun Tzu ( The Art of War) said “tactics without strategy is the noise before defeat”.

Thus I embarked on a better understanding of strategy and fell in love with studying the history of the evolution of this game through games collections from various tournaments through several chess eras.

During this period, I was only doing tactics once in a while at chess.com. I was converting CT-Art into chessbase format so I could practice the problems in 3D but that was slow. I found that, my tactical skills were not consistent because they were not a regular part of my training. Plus, I realized I didn’t practice any form of a disciplined thought process which I find today to be the most beneficial to consistent play.

So here I am now, daily doing CT-ART MDLM style and it fits like an old comfortable shoe. It’s like doing free throws in basketball. It’s zen like and I use it to practice thought process and emotional awareness. I focus on calming my mind, looking for the pattern, making sure I see what my opponent can do as well. I find the patterns are coming back to me so it explains why I can score better with fewer reps. I also find that since my OTB play focuses on strategy and positional merits first that I am able to see the patterns in 3D despite training in 2D. Case and point is the Qxg6 move in my most recent post. I “saw” the Bishop and rook mating net just like several of the level 10 problems. 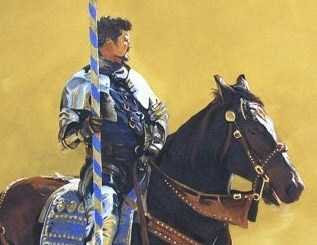 I want to take this opportunity to welcome some new knights in their quest to improvement. Brooklyn64 seems to be a full battalion of knights representing a section of New York . I like the idea of teams working together. I included several on my link list titled “Knights errant revival” here. But other than the KE Brooklyn division, no one else has a tactical training post to report as of this post. Stay tuned as I plan on keeping the light on here to offer support for the blood stained conquerors seeking tactical acumen. Drop me a comment here with a link to your post if you also want to be included in the side bar.

Posted by BlunderProne at 11:21 AM

So you are saying that if you combine strategical and tactical study one gets big results?

Or, it is your thoughtproces that finally clicked together that made your step forward?

Anyway, congratulations on your big achievement(s)!

@CT: It's an individual thing. There's no silver bullet.

As I outlined in this diatribe, I went nuts doing tacics... only to have inconsistent results in the long run.

Today my primary focus OTB is thought process, so it makes sense that when I train, I concentrate on thought process as well and try to use the basic technique of calming, seeking, calculating and evaluating before I make a move. My hope is that this becomes more of a normal process for me and my results get more consistent.

Well you've convinced me! I am definitely interested in becoming a Knight's Errant! http://mysearchforchesstruth.blogspot.com Thanks!

BTW If you have never done this before, what would you suggest the process be?

Great article by the way, I plan on updating my progress as a knight and linking to this one.

I had the same problem switching from 2D to 3D...

I think what usually happens is that people study tactics at first, and then expect simple tactical solutions to follow, OTB. That does happen, but most of the time that one tactic is not enough, your opponent will not throw their hands up in the air and congratulate you vigorously.

Often, it's more a matter of being able to develop a speculative style that gets you out of jams, unwinds what your opponent's intentions are (as you alluded to) and counters them well, and closes out games decisively.

It seems to me that you has become less blunderprone. . .

You've definitely encouraged me. I'll sign up to the Knight's Errant as well.