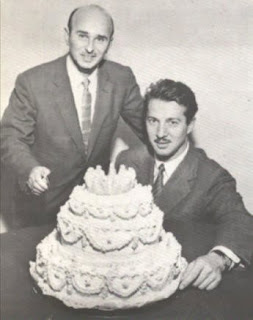 Born February 2, 1923 in Yugoslavia, made him 30 years old at the time of Zurich 1953. He was brought up in a simple struggling impoverished household. His father died when he was young. At eleven he learned how to play the game from a boarder who was taken in by his mother. He had to make a chess set by carving pieces of cork from old wine bottles. His first tournament success was in 1938 ( age 15) winning the championship at the Belgrade Chess Club. Like many young chess players of that time, World War II interrupted his playing as he was part of a partisan unit ( irregular military force formed to oppose control of an area) which meant a high risk. Fortunately, a chess-playing officer led to his removal from combat which probably saved his life.

He worked as a journalist following the war and organized chess tournaments. He became an IM in 1950 and a year later was titled GM when he transitioned to full time chess player.

Being a freshly minted GM for Zurich 1953 didn’t make him no slouch. Despite coming in third from the bottom, his games are very instructional. In fact, all the games I studied so far from the bottom up started out strong and have gotten progressively better with each player. Gligoric demonstrated that the king’s Indian defense can be a lethal weapon. In round 5, Averbakh attempted a prepared line against Gligoric’s formula involving exchanging the center pawns to clear the way for the fianchetto bishop and playing his knight to c5 and rook on e8 to put pressure on the weak e4. An extension of a hypermodern idea shows how he originally allows White to occupy the center with pawns, only to make him eat it. He tactically defends a weak d6 ( white’s only counter attacking chances.) Averbakh miscalculates a exchange sacrifice and that leaves the gate wide open.
Another King’s Indian game, has Euwe in round 7 cautiously playing a different route that Averbakh. Gligoric attacks e4 in a very similar way and Euwe attempts to carry out a king side attack but soon realizes that the e4 is really where he should put his action. Gligoric, opens up the center, then drops a rook for a knight to get a killer advanced passed pawns with his more active pieces.

White is forced to return the material or lose. (Diagram) The game ends in a draw.

He plays Euwe again in round 22 in what turns out to be one of the most instructional three versus four pawn and rook endgames following a heavy IQP positional battle. Bronstein debates that a rook and pawn endgame as such with all pawns on one side can’t be won. But Gligoric pushes the envelop like a Myth Buster. First, Black gets an IQP following a Nimzo-Indian defense central exchange. It appears that Black’s counter chances of attacking Gligoric’s King side is strong but Gligoric does the right thing. He systematically exchanges the minor pieces off exposing the weak d-pawn. Euwe then goes for a theoretical drawn end game of 3 vs 4 pawns versus rooks with all pawns on the same side of the board. He clears out the pawns on the queen side. But here is where the MYTH BUSTER goes forth! In this supposedly drawn endgame, he first gets black to advance his h-pawn as far as possible before picking it up. Then he chases his rook away by getting him in zugzwang. The last piece is to get the rest of his pawns advanced to e6 and f5 before black has a chance to defend. It’s an incredible game worth the time to study.

In round 14, he draws Reshevsky as White in a very standard Ruy Lopez, closed variation of the Chigoran variation. They pretty much stay in “book” through move 20. On move 28 Gligoric stabs the black kingside with a g4-g5 thrust. Two moves later he offers his queen. But Reshevsky isn’t up for any greek gifts.

( Diagram) Taking the queen would again leave Gligoric with a favorable passed pawn with 2 rooks and a bishop to support it against a queen and a rook.

I took a look at the round 18 Gligoric vs Najdorf in a Sicilian Najdorf variation. Gligoric does an odd thing and gets his rook to occupy an open 4th rank but can’t decide whether to support the f-pawn or the b-pawn. Najdorf offers a draw on move 28 which Gligoric accepts. It seemed like there was still some play left for Black.

In the previous round, Gligoric plays his own variation of the Moscow variation of the Sicilian defense against Taimanov. White gambits a pawn to get an edge in development but can’t sustain it. That was all Gligoric needed to turn that small advantage into a win. Systematically he exchanged pieces and pulled through in the end.

Overall, he finishes with 15 draws ( a lot of them being short disappointing GM draws I might add), 5 wins ( the other two wins were against Stahlberg which were interesting to some extent but clearly outplayed the last place finisher) to end with 12.5 points.

He leaves a legacy of opening theory in the King’s Indian Defense, Ruy Lopez, and Nimzo-Indian Defense. The King’s Indian line demonstrated in this Tournament with the exd4 followed by Nc5 line, landed him several spectacular victories on both sides of the board. significant variations in the King's Indian and Ruy Lopez are named for him. His battles with Bobby Fischer in the King's Indian and Sicilian Defense (particularly the Najdorf Variation, a long-time Fischer specialty) were the stuff of legend and often worked out in his favor.

He had a regular “Game of the month” column in the USCF magazine ( Chess Review and later Chess Life) where it often became a complete tutorial of opening theory and game analysis. He contributed to the Chess Informants as well. 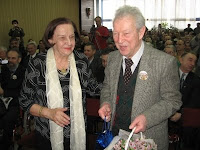 He’s still with us today as a successful chess career spanning over 5 decades of tournament play, arbitrtation, organization, game commentary and books written in several languages.
Posted by BlunderProne at 9:49 PM

Along with Keres Gligoric is another great player who just could not get to play for the world championship.
Shame because both of these players were very strong but perhaps just not strong enough.
If Gligoric had been russian i think he would have been far stronger.
Keres was perhaps held back in his quest for the world title,and used to block non russians from winning.

I couldn't find your contact information, but I’ve been reading you blog and I just wanted to let you know the 2009 U.S. Chess Championship is coming up! It is May 7-17 at the Chess Club and Scholastic Center in of St. Louis.

The nation’s top 24 players will seek to steal take the title from last years year’s winner Yury Shulman–including the top 12 American players by rating, the 2008 U.S. Junior Closed Champion, the 2008 U.S. Open Champion and the 2009 U.S. State Champion of Champions. Not to mention, over $200,000 in prizes are on the table!

Anyway, here is a link to the media kit: http://www.saintlouischessclub.org/US-Championship-2009. And Also, here is a link to the Chess Club and Scholastic Center of St. Louis website: http://www.saintlouischessclub.org, where you can RSVP for the free tickets. This website will also provide daily coverage! And both have player bios, chess facts, tournament history, etc.

Just figured you and your blog readers would love to know about all this as fellow chess buffs! Let me know if you can help me spread the word!

Gligoric was (is) a great player that contribute much to chess thru his own opening system and improvements on other openings for which we thank him.

I also thank Blunderprone for writing this very intresting blog post. I can hardly wait for the next one in this serie.

Amazing I have never heard of Svetozar. Good to know that he's still with us!

Hey! I was wondering: are you going to be covering the chess tournament in St. Louis?

@Chess X, BDK, CT: I'll be covering Paul Keres later in this series. I have a great resource at my Chess Club as Arthur Bisquier is a regular. I've just started asking him about these players who he says " They were all my friends" and corrected my pronounciation Euwe's ( Eouvay) name amoung other things like Gligoric's interest in Jazz.

Stay tuned to my "Tuesday's with Bisquier" inputs in this series.


@chessfanatic: I usually don't allow "commercials" but since this will be held at the chess club and scholastic center in St. Louis... promotional chess blurb as such... meets an accpetable exception.

@Abby: 1) I haven't been asked...nor I'm not sure I can get the time off from work. 2) My time machine is in 1953 for now. 3) I'm sure others will be covering this event (but probably not like I would) as in http://www.saintlouischessclub.org/US-Championship-2009
Thanks for asking, it shows I have readers who like my posts so much that they want me to expand. Never thought of it.
BTW, on Chess.com ( where I corss post my sereis) , I am now #2 top blogger because of this series. I thank you all for helping me reach that.

Gligoric wrote a few interesting game collections, the most notable being I Play with Pieces. He has an instructive annotating style (as does Ooovay). :)

The thing that impressed me about Gligoric is when I looked at the tournament crosstables that Fischer played in. I seem to recall that Gligoric generally had the best results, better than Fischer.