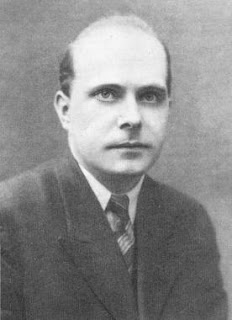 Born in 1908, he would have been 45 at the time of Zurich 1953 making him one of the older players for this event. In 1927, he won the Swedish Chess Championship and later gained chess notoriety after winning matches against Rudolf Speilman and Aaron Nimzovitch in 1935.
Stahlberg finished in 6th place at the 1952 Stockhom Interzonal tournament. This earned him a place in the Candidates match at Zurich.

Despite finishing in last place (15th) in a field of tough competition, he did manage to win both games against 10th place finisher, Averbach . As Black in round 12, he plays a Tarrasch variation of the French Defense and is allowed some counter play on the Queen’s side. Oddly enough this game wasn’t as well annotated by Bronstein in the book and I found this following position peculiar of a missed win for White on move 44: ( diagram) 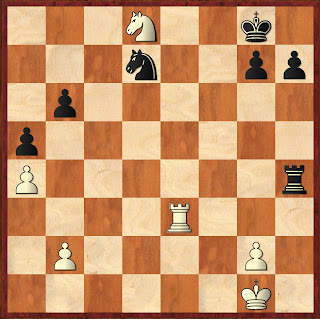 Had Averbakh simply played 44. Re8+ Nf8 ( forced) 45. Ne6 I felt this was winning for White. Having missed that, White instead plays 44. Re7 and allows Stahlberg to wiggle out and actually gain the upper hand.

When they flipped sides in round 27, playing an older line of an Indian Defense, he draws his opponent to over extend himself. This gives him an opportunity to play take over control over the light squares. Averbach overextends the pawns on both sides and this creates longer term structural weaknesses for the endgame. Once the Queens are off the board, Stahlberg demonstrates a nice 2R+Ps endgame with active rooks that takes advantage of the holes created in the middle game.

His third win was against Kotov ( yes, the Think Like a Grandmaster author) in round 2. Here he plays a signature Knight maneuver that has both Smylov and Bronstein puzzled for a good refutation. In this position on Black’s move 11, he plays 11…Nf8 before ( see diagram below) castling to get his knight to e6 as a sharp variation for an other wise quiet semi-closed position. 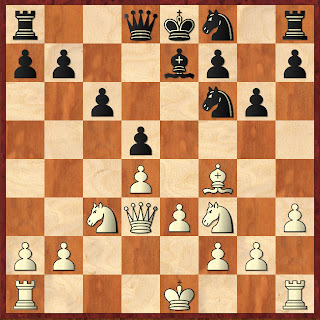 He doesn’t hesitate to take advantage of White’s confusion and jumps on an opened b-file following a queen exchange. Again, in the endgame, he takes advantage of a structural weakness made in the middle game.

By the time he encounters Bronstein in round 22, his opponent has had a chance to observe this peculiar knight move and prepare a line. In response to the Nf8-Ne6 line, Bronstein tries a King’s side attack initiated with an h-pawn. 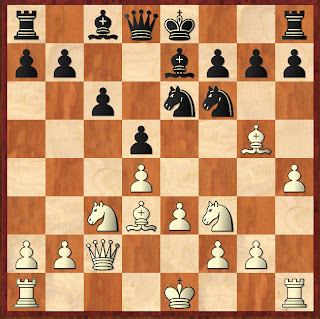 He calculates a winning line had Stahlberg continued with the g6 push. Instead he counters with h6 and the alternate variation he prepared has Bronstein soon realizing the attack can’t work as it now loses a tempo. He changes plan to a central struggle with a passed pawn. Stahlberg gets an extra pawn in the mix but Bronstein’s advanced passed pawn on e6 has all the pieces tied up. Bronstein underestimates the burden of hanging on to the pawn without his king in closer proximity and finally wiggles his way out. Stalhberg ends the melee with a perpetual check as a means to stop Bronstein from over coming his extra material with tempo.

Smylov as Black in round 19, leading the pack, decides to play for a safe draw in a very bookish mainline Slav. He didn’t want to take any chances. Likewise, Reshevsky in round 21, plays a rather Dull line of a King’s Indian to avoid any sharp lines for Stahlberg and draws in a 3 fold repetition.

There were several GM draws in 30 moves or less against Stalhberg. 10 draws in all for a total of 8 points gained for the event. 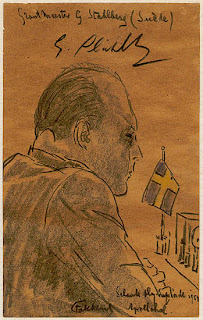 After the Candidates match of 1953, he went on to Umpire in the World Championship matches between 1957 and 1963 ( Botvinnik and Petrosian). He published several chess books ( 10 in all) , some of them originally in Swedish. I kamp med världseliten (In Battle against the World Elite, 1948, 1958); Schack och schackmästare (Chess and Chess Masters, 1937,1959);Strövtåg i schackvärlden (Excursions in the World of Chess). They seemed to be a collection of either his games or those of his predecessors.
In 1967 he travelled to Leningrad to take part in an international tournament but died of a heart attack before playing his first game.
Posted by BlunderProne at 6:23 PM

In the first game Black has 45...Kf7! turning the tables.
The point of Stahlberg's 11...Nf8 in the game against Kotov is actually not to sharpen the play. Instead Black is waiting for White to castle before he decides where to put his king. He doesn't want to castle right away since that might walk straight into a kingside attack (along the lines of 0-0-0, Rdg1, g4, h4, h5). Meanwhile the knight heads to a better square on e6. The really beautiful move is 14...0-0! when Stahlberg has correctly judged that White has misplaced his pieces for the attack.

Thanks for the insight. The subtlety of the Ne8 tends to go over my head since, to me, it's counter intuitive as it (a) moves a piece more than once while the others are still needing development and (b) moving to the first rank looks too much like a retreat. But in a positional sense, a waiting move as one determines your opponent's course of actions is indeed a beauty. But the game with Bronstein, he was under a King side attack following Ne6.

@glenn: I missed Kf7's equalizing role as I only calculated as far as Rxf8+
Thanks to both of you. It helps me get a better understanding.

As if I didn't already have enough chess on my plate for the weekend :)

I'll have to take my time to read this one, I just started a new chess course....

Unfortunately Black doesn't have much choice in that position if he doesn't want to castle. The only undeveloped piece he has is the queen, and 11...Qb6 or 11...Qa5 will expose the queen to attack on the queenside if White castles kingside and starts a minority attack with Rb1 and b4. So that really only leaves the knight. It does seem odd to move it back to the last rank, but at least it'll come off that rank with a tempo on the bishop. This manoeuvre reminds me of how White solves the problem of his b1-knight in the Ruy Lopez by playing Nbd2-f1-e3/g3. These long manoeuvres are often playable in such semi-closed positions.

My impression of Stahlberg at Zurich was that he was a player with a very fine "classical" positional understanding (he was still playing the Queen's Gambit Declined when everyone else at Zurich was playing Nimzos and King's Indians), but never became fully comfortable in the new, more dynamic style of play being championed by the Soviet players at the time. Also as one of the veterans he simply didn't have the stamina for such a long tournament - like you said, he had some colourless draws, and some of his losses were a result of superficial play on his part ("carelessness" according to Bronstein).

You are really doing some great stuff here, Blunder.

I always look forward to your blog!

It's strange that some of the players, even the tournament leader chickened out and played a safe draw against Stalhberg, number last. Nowadays one see the players go all out against the lowest player in the standings.