Working on the Knight Moves

“I woke last night to the sound of thunder… how far off I sat and wondered.”
- Bob Seger 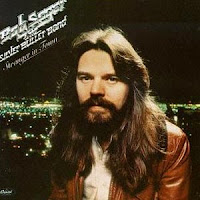 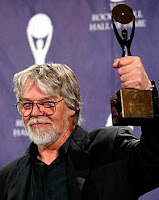 -----
Then and now
OK, showing my age again… probably another music reference that LEP won’t get.

My last therapy session at the chess club had me paired with a 1780 player. I was black and into a Caro-Kann again. Determined not to repeat last week’s 7 move wonder, I paid attention. On my move 12 in the game below. I wanted to play a Knight out. I was faced with the choice of either one. The queen knight looked like it was meant to put pressure on the center as it was allowed to move to the 3 rank. The King knight only moving to the second rank would have been purely defensive but allowed for castling. What to do? I made the wrong choice. The King knight would also have allowed me to defend the king side attack that followed in the game.

I hung on after the positional blunder as long as I could. I even tried to castle my king “manually” after I felt forced to move him to f7. Ugly.

Interesting how all this could have changed if I moved 12… Nge7 as opposed to Nc6.
Posted by BlunderProne at 10:31 AM

I don't think this was the right choice for White. Why not take back with the Queen? I looked for a way to exploit the position.
I agree. Now the pawns on d4 and d3 are weak -- doubled and "isolated".

9...c5: exactly. big mistake. i have played this twice as black, and lick my chops when i do. never let them get rid of those two pawns!

nice photos. is that you, back in the day, on the left?? man.

He certainly played stronger than a 1700 if you ask me.

I have to ask the same question as the last guy, is that YOU on the left?!

No I am not secretly Bob Seger. Though, back in a day I did have my hair as long. I've seen Bob in concert back in teh late 70's. But then again, I don't remember much of those days. ;)

Bob Seger? Of course I know him. He was that unfunny guy that hosted "America's Funniest Home Videos" and was on "Full House".

LEP, That would be Bob Saget... who also used to be the "father" in Full house ( before the Olsen twins went anorexic)

As far as his funniness goes... you must see the "documentary" by Penn and Teller Titled " the Aristocat" ... his version is priceless.

I concur with Glenn. I was surprised you played c5 allowing him to get rid of the doubled pawns.

I don't know if it's IE 7, but your Chess Publisher window is cut off. I couldn't read any text after move 13. You can actually resize it to have everything show. I just drag the border like I was resizing a photo. Sometimes I have to redo it a few times.

PS. I remember Bob Seger from my youth. It's always fun to see the current old fart pictures of the 60s rock legends.