WARNING: A bemoaning RANT about to begin.

In an exercise in futility, I re-entered the event in the 3-day schedule. I lost the first game because of the insanity of the previous two days were continuing. A definition of insanity is doing the same thing and expecting different results. Well.. in the first round I played an unsound tactic and ... LOST ...big surprise. I took an existential break and walked off the first G45 loss. Meditated, went for a walk and cleared my head. Round 2 I lost in an opening trying to defend a 2.Nf3 variation of the C-K that I was not familar with. I deicded to take a half point bye and sync up with the kids for a relaxing dinner to be refreshed for round 4. With a WINNING position ( Q versus Rook) I managed to lose on time. Then came the 8 year old with a 1690 rating in the G45 round 5. I pulled more insanity with the same version of the C-K in round 1 and I squandered a perfectly sound position with a quick tactical shot that backfired because I didn't see the inbetween check. 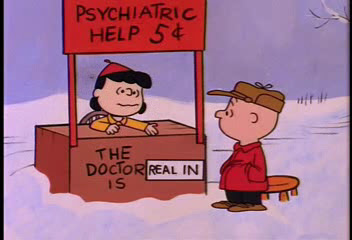 I finished with a WORSE score... a WORSE SCORE AAAAUUUUUUGH! I asked the TD about using my previous score from the 5 day schedule. They allow such things. Use the better score of the two and I take a 1/2 point Bye for the round 5 ( from the 5 day schedule) that I didn't play. So instead of the really bad score of a 1/2 point ( from the bye) after 5 rounds) I get to use the OTHER craptacular score of 1.5 points.


If there is a book out there titled " How not to SUCK at chess" , I want it.


I can't believe it. It feels like I can't even put coherent sentences together.


I'm sure I will rebound. I realized that this is a tough tournament. PLus I am rated in the lower half of the section. It's foolish of me to think I could win money. But its not foolish of me to think I cna score better than I have. Especially with some of the players I have faced. I have played MUCH stronger opponents at the club and scored rather well. How is it that my OTB performance is so different and inconsistent at such events? This really baffles me.

I really need a break. I'd like to think that all this studying and preparation isn't in vein. Maybe it is? I mean really, I am STILL struggling with openings ( lost a couple games right away in the opening.) I still mis calculate tactics. I castle on the wrong side. I am quite sick of sucking at chess after putting so much into it. I am not seeing any positive results.

Blah!
Posted by BlunderProne at 9:19 PM

Hang in there George. We've all seen you hit your stride at the club. You've got the stuff. Sounds like you're just taking your lumps at the worst time.

Remember to enjoy the GMs playing - Shabalov had a blockbuster of a game this evening, and Ibragimov's play was pretty interesting too.

I feel for you man. There is a sickness here with the knights. It seems to be universal. I don't see a lot of yee ha going on lately.

There is, has to be, something to learn about what is going on. Here at home we are taking a bit of an intentional break. I am hoping that whatever malaise that is going on will end. That joy, excitement, and winning shall return.

Good luck in your last few rounds!! I am trying to send good vibes.

Let me just add my own, "I feel your pain, man" to the rest. I mean, seriously, who among us doesn't know what you're going through? We all do.

My guess is that you're trying too hard: too many hopes, too much pressure, and of course, you might just be too tired.

Don't worry about it; just take what your opponent gives you in the remaining games.

I have fallen victime twice in the last two tournaments to painful in between moves. Now when I start analyzing a "brilliant" tactical move or sacrifice I calculate all the way through and then before I make move 1 I stop and look for any in between moves. Not that it always works but it's happening to me less often.

Good luck and as HardDaysKnight said, take what the opponent gives you.

Thanks for the encouraging words.

Yesterday I had an epiphany. Being rated 1650 in an under 1800 section, all my games except 2 I was playing higher rated opponents. I am actually scoring where my rating is. I stopped thinking I needed to perform better for the money, for the knights, for those "watching" etc. Rather I was in this for my own behalf.

The awareness I gained is how I am losing. Its as if I realized I was at sea with a very leaky boat. I plug one hole and I discovered another.

Risky tactics has been a hole I've been trying to plug. It reared its ugly head this weakened. The impact it made, I hope secures the plug a little longer.

The next hole I wasn't aware of, is trying too hard to make the game dynamic by knowingly taking the opening out of the main line when I really don't know what I am doing. I seemed to have plugged that hole.

Poor positional play is a BIG hole. In two of my games I castled queen side when all indicators were screaming otherwise. But I still did it. This is a pattern. I showed Jorge one of my games from the club where I did the same. The filler in this whole has been set, I hope it takes hold.

Still struggling with the openings and endgames are teh other gaping holes. As for the opening, I am really trying NOT to do the memory game ( old hole) but I still do tend to rely on piece position by rote. Like Sometimes the bishop is to go to f4 rather than g5.

Oh well, I am rested. Dusted off. Banged out the dents in my armour. fed my horse and hopping back on. This knight rides into a another day of battle.

I don't see a sickness. Egads how pessimistic.

To me it looks like the ebb and flow of chess progress. Growing pains. Ups and downs. Waxing and waning of motivation, self-confidence, and skills. All part of the learning curve.

Dude,
don't feel bad I suck worse than you do. nice description of insanity. that's what I do with my neighbor. we play 2x a week and he beats me every time. doesn't matter how I open, what dfense I use. I'm the one that could use the help. I have read, done puzzles, quizzes, played online, and am no better than 2 years ago, help!