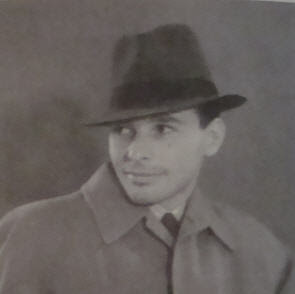 David Ionovich Bronstein was born on February 19, 1924 in Bila Tserkva (near Kiev) in Ukraine. He learned to play chess at the age of six from his grandfather. He was trained by an

International Master, Alexander Konstantinopolsky as a youth. At age 15, he came in second place at the Kiev championship. He earned a Master’s title at age 16.

Upon graduating high school, WWII broke out and interrupted his plans to study Mathematics at Kiev University. After the war, he attended Leningrad Polytechnical Institute for one year. Chess took precedent over his studies. In 1944, he defeated the Soviet Champion, Mikhail Botvinnik at the USSR Championship. This launched him into playing on the Soviet team during the famous 1945 USSR versus USA Radio Chess Match.

It was during the 1948 interzonals in Saltsjobaden where he won the tournament that earned him a grandmaster title. The win earned him a spot in the 1950’s Candidates match in Budapest. His best friend, Boleslavsky and David both won the match and had to endure a play off. He beat Boleslavsky and went on to contest Botvinnik for the Championship. The Moscow World Championship Match in 1951 ended in a draw ( 12-12) and Botvinnik retained the title. He came real close to taking the title leading by a full point by game 22. Speculation about Bronstein being forced to lose the match was rumored. He was quoted as saying ( in his book, The Sorcerer’s Apprentice:

"I have been asked many, many times if I was obliged to lose the 23rd game and if there was a conspiracy against me to stop me from taking Botvinnik's title. A lot of nonsense has been written about this. The only thing that I am prepared to say about all this controversy is that I was subjected to strong psychological pressure from various origins and it was entirely up to me to yield to that pressure or not."

And a little further in the book:

“I had reasons not to become the World Champion, as in those times such a title
meant that you were entering an official world of chess bureaucracy with many
formal obligations. Such a position is not compatible with my character.”

In any case, his results in 1951 entitled him as a seed into the candidates match here in Zurich 1953.

I’ll cut to the chase. In the previous post I mentioned about the conspiracies lurking at Zurich. In round 12 , we have Paul Keres as Black against Bronstein. Move 5 is suspect as well as further along when Keres willingly exchanges his strong king side defender, the dark squared bishop, and pretty much hands Bronstein the game. The comment Bronstein makes on this move is “ a little too straightforward, an opinion Black soon comes to share himself.”, is a little revealing in a subtle way. 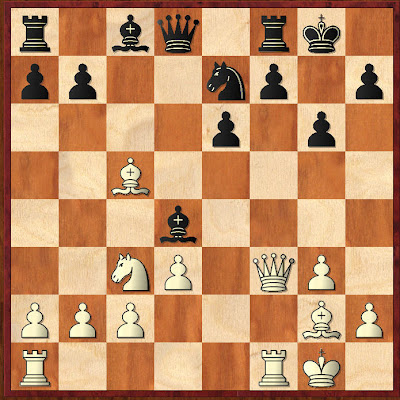 It is move 14..Bd4+ which forces the exchange and allows White to dominate the king side that I find most suspect. Bronstein’s previous quote about chess bureaucracy may have resonated with Keres here. By round 12, the fix was in for either Bronstein or Smyslov to take down the American, Reshevsky.

Going into round 13, Reshevsky was undefeated and in the lead a full point and a ½. Bronstein was under extreme pressure to WIN. Bronstein plays the King’s Indian as black, a strong defense and very well theorized by the author. It starts down a common KID with lots of maneuvering. Reshevsky tries to cash in on an initiative in the center preparing an exchange sacrifice with a mating combination. Instead, Bronstein exchanges off the strongest attacker, the knight. After the dust settles, Reshevsky offers a draw but Bronstein brings it home with a very sharp and instructional Queen versus opposite bishops endgame. At a tense moment, both sides were avoiding queen exchanges due to mutual annihilation. It ends with White being Zugzwanged. This win closed the gap to only ½ point difference between Reshevsky and him. 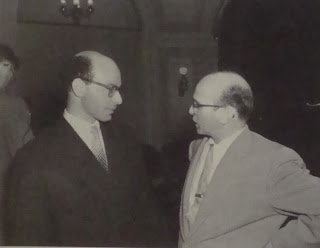 They meet again in round 28. By this time, Smyslov was in clear first place with 16 points and Reshevsky and Bronstein were even with 14 ½ points. The heat was still on. They go into a main line Ruy Lopez 18 moves before Bronstein takes the first detour. He plays 18 g3 to prevent Black from landing on f3 with a knight. The middle game then struggled around White preventing black from landing his knight on d3 while trying to land his own on d5. Reshevsky offered draws on several occasions as time pressure loomed. Bronstein plays a trap against the American under time pressure and it works. Black was forced to give up the exchange ( rook) or face being mated. 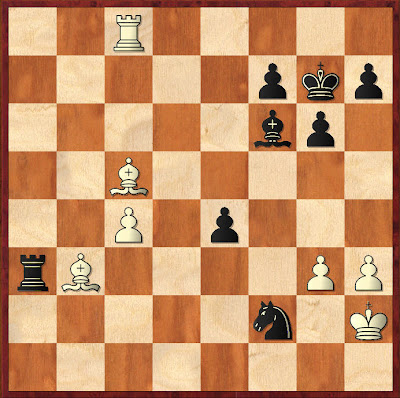 These three games were the highlight of the drama and tensions felt at the Zurich event. I’d like to point out one of the other nice wins that has some technical merit. His first round win against Taimanov was a nice Benoni with a queen side attack with Bronstein playing a pawn sacrifice in the opening. The b5 line undermined White’s d5 advance and opened the a- and b-files for a marauding raid on the queenside.

The concession of placing second was to write the epic tournament book that is still instructional today. He qualified for the 1955 Goteborg Interzonals and landed a another near miss at the Candidates match in 1956 Amsterdam where he tied for third through seventh place behind runner up Keres and winner Smyslov. He had to Qualify for the 1958 Interzonal in Portoroz but didn’t make it to the candidates match in 1959 by ½ point. He missed the next round of zonal qualifiers in 1962 as well.

Bronstein was also a six times winner of the Moscow Championships, and represented the USSR at the Olympiads of 1952, 1954, 1956 and 1958, winning board prizes at each of them, and losing just one of his 49 games in those events. Along the way he won four Olympiad team gold medals. In the 1954 team match against the USA (held in New York), Bronstein scored an almost unheard-of sweep at this level of play, winning all four of his games on second board. 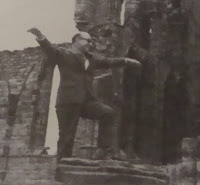 His greatest legacy in my opinion was in his books. Zurich International Chess Tournament 1953 reached the largest circulation and he continued to write until his 70’s with The Sorcerer’s Apprentice being an autobiographical section along with games that amplify the ideas behind the player’s moves. His work gives insight to a romantic vision of chess.

His contributions to several openings extends this legacy with special regards to his work on the king’s Indian defense.

Bronstein was a chess visionary. He was an early advocate of speeding up competitive chess, and introduced a digital chess clock which adds a small time increment for each move made, a variant of which has become very popular in recent years. ICC wouldn’t have some of the time limits today had it not been for this genius.

He was married three times. His first wife was Olga Ignatieva, a Soviet woman International Master, and they had one son. Little is know about his second wife Marina Viktorovna. He was divorced in the mid 1960’s. Then, in 1984, he married Tatiana Boleslavsky, the daughter of best friend GM Isaac Boleslavsky.

His health was in decline in his last couple of years, suffering from high blood pressure. He died on December 5, 2006 in Minsk, in the arms of his wife Tatiana. 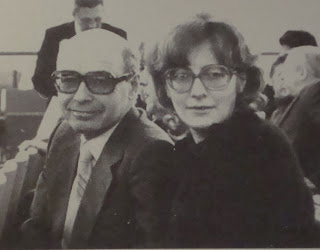 “I still wonder why people in general have respect only for world champions and not for all chess players,” he wrote. “Is it not clear that we all play the same game of chess?”

Posted by BlunderProne at 7:47 PM

It's great to find another chess blogger who appreciates the history of the game.

Been enjoying your blog for a while as I've come to realise that chess blogging is a sort of "group therapy" for the addicted.

Therefore I decided it was time for me to "stand up" confess to my own addiction and start my own chess blog...

I hope you'll find time to come visit as I've managed to find someone who knows the moves from the Lenin vs. Hitler game! :)

Keep up the good work my brother.

That first picture is even further evidence Matt Drudge was Bronstein's love child.

Bronstein's comment about the Championship was interesting. You start to not feel bad about him not winning it, because he didn't want to.

On the other hand, he could just be consoling himself about missing his best opportunity.

You just can't trust those Russians. (Not that I really trust Americans either.)

There was an article, interview from him, about a year or two ago in Chess Life.

He felt that if he became world champion, it would attract attention to his father (who I believe had done time in the gulag), that he might be thrown back into prison again, if brought into the spotlight.

He didn't sign the papers condemning Kortchnoi for defecting, so this severely limited his travel abroad, and thus further opportunities at progressing in chess. He seems like the opposite of a materialist, since this sort of position doesn't help one financially. He even helped Kortchnoi prepare against Karpov in their match, if I recall the article.

I could have met him at a local club back when, regret not meeting him.

Bronstein draw against Botvinnik will always raise eyebrows, even with the explanation David gives about it.

But then again, the discussion if the massive USSR goverment didn't have it say in every little part of its habitants life is widespread and very good documented.

So their will be always rumours.