How I gained 300 points in my online Blitz rating 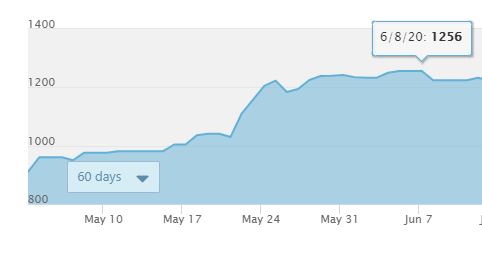 I’m a slow player, I still blunder and I forget to follow my “thought processes” religiously, but yet, I was able to climb out of a 3 digit “area code”  Blitz rating to one approaching the 4-digit  middle ages in a matter of a few short weeks.  I posted back in April about going slow to work on my OTB game. Times have changed. In order to get some practice games in, playing online is the way to go in the days of social distancing. Playing on line slow games always leaves me feeling suspicious of playing against someone’s computer. So, I had to adapt to faster games.

Like I said, I’m still an amateur and no where near master level. However, I have an infectious passion for this game and love exploring ways to improve my chess experience as I share about this here.

What I plan to touch on in this post: 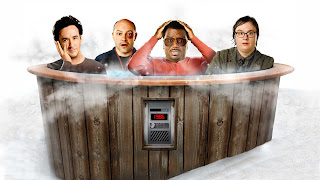 I’m not talking about the stupid 2010 movie. Playing live ARENA blitz games is as confusing as falling into a hot tub with a magical knack for throwing you back into the 1980’s. There are usually several hundred who sign up, you join and SPLASH off you go. Is this studio 54 and who the hell am I dancing with if you call this dancing?  I never really got into disco.

I use blitz arenas for experience and getting more comfortable with the time controls.  Not being one who enjoyed G5 all that much, I needed to acclimate. But it’s a hot mess, you never know who’s next and the quality of the games (your own mistakes included) seem to vary player to player as there is no consistency.  I use the arena games to chock up experience and COLLECT DATA. On Chess.com and other online chess communities, you can download the PGNs into your database.

When I started getting into online blitzing, I joined my local chess club’s weekly Blitz tournament. I knew the players; I could even look them up on chess.com and scroll through their archives and prepare. More on that later, sorry if that creeps you out.  I kind of know the playing strength from the OTB experiences.  The problem was that I was always on the bottom of the ladder and kept losing. 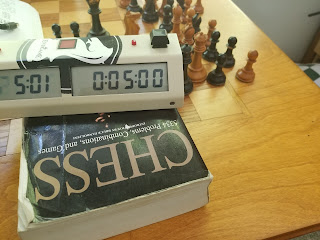 My first hurdle was to overcome clock fright. It was taking away precious processing time in my head. I’d look at the time remaining and panic. I’d look back at the position, try to come up with a move but in my head, I heard “tick tick tick”. I’d glance back up at the clock and bam! I’d lose either on time or make the worst move possible. I found the experience  similar to the Kotov syndrome except, instead of analysis paralysis being the main driver, it was excessive time control anxiety.  The only way for me to overcome this minor neurosis was with exposure therapy in the hot tub time machines of the arenas.  I had to set my mind on not caring about the rating. Rather, I wanted to play through games and not lose on time and use these games to learn from.

This brings me to my next concept. What I really wanted to do was ultimately play better blitz games when I joined my club’s weekly event. I set a goal of initially winning 1 game for that night. Notice how I didn’t say “I wanted my rating to jump a gazillion points”. Overcoming my time fright anxiety was a requirement and using the larger arena events to acclimate to this was in order.  I met my first goal.

Side note, I tried using the online bots… because… I hated “embarrassing” myself to live players. I got over myself and suggest you do the same as these bots didn’t really provide the training I was seeking. It was as “organic” as playing human players. I prefer my opponents to be free-range and organic.

Using all these experiences to collect the game data, I started tracking those I lost on time versus losing by dropping pieces or not SEEING A MATE IN 1.  The time loses were now more attributed to prolong decision making because of openings and middle game transitions making me reassess my preparation.

Easy now, don’t go hog wild here.  However you do your opening prep, make sure you focus on a few key points:

I found it very unnecessary to go 11-15 moves deep into a main line variation as in most games, by move 4 or 5 my opponent is through some curve ball. If I don’t even understand the basics of my opening at move 4 or 5 to respond with confidence to a “minor variation” then maybe I need to chose a simpler less complicated opening.  Once I built up my confidence on the first few moves of the variations, I was most likely to encounter, I found myself losing less on time and better able to get to a playable middle game under blitz conditions.

Iteratively, as I play more games, I review the lines played ( mostly minor variations off the main) and go deeper. I am now at the “8-10” move threshold understanding for most of my repertoire. But my mind is a leaky bucket, requiring repetitive reviewing and training to patch the holes. My longer-term goal is to understand the major tabiya of each of my openings. There’s always going to be something to work towards.

Oh… and a rant. I’m getting tired of the “anti-blah blah blah’s”.  I am a Caro-Kann player, I see a common theme and I think some players are smiling and rubbing their hands together when they throw a 2.Bc4 or some other odd ball minor variation.  Even the Nxf7 sac or the Qe2 … I know these… I can see your queen; I’ll eat your knight …I will hurt you.   Bottom line, you better know these trappy variations as most times, you can walk out and do rather well once the storm passes. 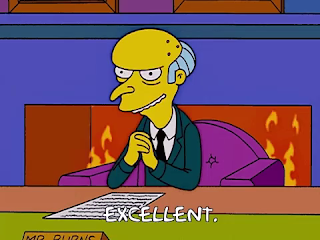 Going back to basics in tactics

I used to be one of those Knights Errant who did the seven circles of hell from Michael De La Maza. Look it up if you’re not familiar… long winded story. The issue I mentioned before was not seeing simple mates or …more embarrassingly, having a  winning position with a rook and king versus king and not being able to mate them before you lose on time. That frosted me at first but also told me not to resign even when behind as the clock can be your redemption!

Rather than circling the seven circles of CT-ART, I needed a more focused approach and one for blitz games.  I found a series of Mate-in-one puzzles (however you choose) and did the 200 plus set iteratively for about a week.  This turned out to be my BIGGEST BANG FOR THE BUCK!  I climbed out of the area code rating and reached the 1100’s in a matter of a couple weeks.

Caveat: People cannot live on tactics alone.  I was at a “comfortable” point in my opening preparation but started getting too cocky with the tactics…like I did 10 years ago after doing the MDLM circles of hell… and started playing unsound tactical moves.

I know, you may be thinking, “But Blunderprone, isn’t that what Blitzing is all about? Throw some crazy half thought out complications at your opponent hoping that they waste time to see if it really is unsound?”

You may be right, but I know I am not Magnus Carlson or some other GM. In most cases, my complications are probably unsound. I had to dial back my urge to play craziness (lets face it, thrill seeking is fun) and chant to myself “NO COWBOY MOVES!”  Yee haw.

In most cases, these “cowboy moves” usually meant I was leaving my queen or some other piece hanging. I found out; I have an unnatural overconfidence in my queen’s ability to protect herself. I believed she’s such a good fighter that I didn’t worry about her safety.

Dialing back the gusto and swallowing some humble pie, I needed to work on tactics that focused on just capturing pieces to help recognize and refocus my mind back to piece safety. Dan Heisman also has a nice book titled Is your Move Safe? It has puzzles for every aspect of the game to get you thinking less of “cowboy moves” and back to thinking of safety first! 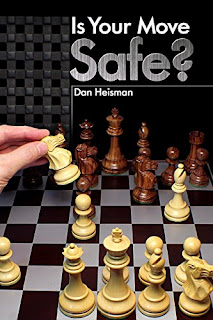 Dan Heisman is a wise man. He knows his audience and doesn’t take the same condescending voice like Silman in some instance. To paraphrase Mr. Heisman, if you want to get good at blitz, you really need to get better at slower games first.

My rating is stuck in the 1200’s right now. I am looking at refining my blitz preparation processes and see if I can get into the 1300 or 1400’s by end of summer. I’m finding a new club that offers a variety of formats with some rated slow events. Yes, it’s back to turtle chess in-between the hot tub time machines.

See you in the hot tub!

Until next time and wishing you all the best,

Posted by BlunderProne at 11:36 AM

“But Blunderprone, isn’t that what Blitzing is all about? Throw some crazy half thought out complications at your opponent hoping that they waste time to see if it really is unsound?”

I think that you are right, in the sense that this is the classic wrong attitude to have about blitz, but it's also the most prevalent wrong attitude that blitz players have. This is also the reason to only play blitz with an increment. If you play blitz without an increment, even at ten minute blitz, then the player who is playing worse will often be rewarded by the clock, late blunders, and by opponents' flagging.

It's hard to make blitz useful, but it is just barely possible, and that comes more from the game review than from the game itself, imho. A person can play a few bullet games for feedback, but it's not a long-term improvement strategy.