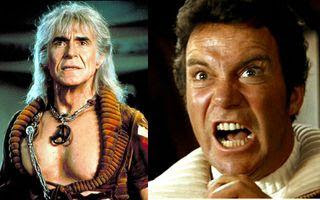 Nothing infuriates me more than playing a few good moves into the Caro-Kann only to mix up ideas from one variation and mess up. Then I spend the next 10 or 15 moves trying like hell to break out of the “Wrath of (caro-)Kan” ( Star trek reference).

George Marco, in 1907 wrote about this opening in his book on the Karlsbad Tournament. Since it was written close to when these two did their analysis, it provides a fresh reference. Of the Caro-Kann he says the following:

"This opening was first analyzed in the eighth decade of the past century by the
Viennese master Marcus Kann, and was first introduced into master play at a
local Vienna master tournament. Kann scored many fine wins with this opening.
See, for example, his brilliant success against Mieses in the Hamburg Congress
Book (1885), page 235. Later, in the 1880s, the Berlin master Horatio Caro
delved into the study of this opening, without however achieving any notable new
results. The opening has nevertheless been given the compromise appellation
'Caro-Kann,' which has been accepted and retained by the entire chess world.
Only in recent times has a northern German chess literature arisen that has
excised the name of the dead Viennese master in favor of the Berliner, and the
name 'Caro's Opening' has appeared. This 'innovation' will not prove fortunate,
for the historical truth will not suffer to be suppressed but will always retain
its rights. If one wishes to drop the compromise designation, the name 'Kann's
Opening' is the only correct way of speaking."

At the turn of the last century, this opening was still evolving. It wasn’t until the 1950’s and 1960’s when the likes of Petrosian, Smyslov and Flohr really started to explore the theoretical side of this opening.
Let’s break it down from a pawn structure perspective. This post will take a cursory tour of the various pawn formations as a result of the Caro-Kann
The Caro-Kann challenge’s White’s 1.e4 open game repertoire by forcing him into a d-pawn like positional closed game. 1…c6 is purely meant to support the advance of Black’s d-pawn to d5. This is why I chose this as Black since most of my White preparation is centered around understanding the positional side of the 1.d4 game. Like most d4 games however, the problem for Black is what to do with that damned C8 bishop.

Enter the Main line 1.e4 c6 2.d4 d5 3.Nc3 ( or Ne2) 3… dxe4 4. Nxe4 Black has two real choices. In the classical variation, the c8 Bishop gets deployed immediately to 4…Bf5. The second plays 4..Nd7 is played simply to support the advance of Ngf6.
In the classical variation 4…Bf5, white has a target and goes after the Bishop while developing. 5. Ng3 Bg6 with either 6.Ne2 intending to play Nf4 or Nf3 followed by an h-pawn push keeps black occupied with several Bishop moves and weakening pawn moves on the King side to save it.
In the classical and the4…Nd7 variations, Black’s pawn structure usually leaves him with pawns on a7 b7 c6 e6 f7 g7 and h8 where White has pawns on a2 b2 c2 d4 f2 g2 and h2
The Caro formation


This is a very slow paced game allowing for much maneuvering.

White will want an outpost on e5. He enjoys a kingside space advantage and, if allowed, a d4-d5 break will undoubtedly lead to the possibility of queenside majority in the endgame (typically after the exchange of White's d pawn for Black's c pawn). In some cases White will agressively target the e6 square with Bc4 and Nf4 with the intent of opening up Black’s Kingside.
Black needs to go after the weakness of White’s d4 pawn. It’s important for Black to play one of the lever moves like c6-c5 and e6-e5. The latter break is usually preferable, but harder for Black to achieve. Black will play The King’s Bishop to e7 or d6. One of the knights can act as a Blockade on d5. If given the opportunity to exchange light squared bishops, Black needs to embrace that idea.

White advances e2-e4-e5 early in order to create a cramping pawn chain. My recent nemesis has been 1.e4 c6 2.d4 d5 3.e5 and I’ve been attempting an early 3…c5 in response. The problem is that in the advanced e5 pawn formation I am much better playing the Bishop out to Bf5 before playing c5.

White will usually get a kingside mating attack going , with f2-f4-f5 break.

Important for Black is getting the QB active and that is why Bf5 is preferred. Black needs to hammer on White’s d4-e5 pawn center with f7-f6 and c6-c5 before White can build up an attack.
Due to White's kingside space advantage and development advantage, Black must generate counterplay or be mated. I’ve fallen prey to the sparkling Greek gift sacrifice on h7. That’s why attacking the head of the pawn chain with f7-f6 is seen as frequently as attacking its base, because it is harder for white to defend the head of the chain than in the d5 chain. In response to exf6, Black accepts a backward e6 pawn in exchange for freeing his position (the b8-h2 diagonal and the semi-open f-file making d6 a better spot for the f8 Bishop) and the possibility of a further e6-e5 break. If White exchanges with d4xc5 it is called the Wedge formation. White gets an outpost on d4 and the possibility of exploiting the dark squares while Black gets an overextended e5 pawn to work on.

White exchanges the e-pawn for Black’s d-pawn. Black is allowed to keep a central pawn majority and the struggle is centered around the challenge of allowing Black to realize any advantage in the middle game as it does become an asset in the end game. The pawn formation usually resembles a minority pawn formation with colors reversed.

White can take advantage of the half-open e-file and outpost on e5 which gives prospects of a King's-side attack.

Even if Black had the majority there, defending this can be problematic as the advance of e5 will be difficult or impossible. Black must counter with either a minority attack or a direct assault in the center. It goes without saying that Black can think about spending a moment to exchange the bad Bc8. I like playing the Qc7 early as it challenges e5 before White has a chance to develop a Bishop on f4. In most cases I get e5 in and then play an IQP position with some initiative.


In the Panov variation, white plays an early c4 to put pressure on Black’s d5 square. Typically this plays into an IQP for white with some specific advantages. Isolated pawns are generally weak, but central pawns are strong. The critical isolated Queen's pawn (IQP) gives White some strength and space. White can avoid exchanges and has hopes of a King's side attack based on a N on e5 and a B on the b1-h7 diagonal. Black can consolidate and pile up on the d4 pawn, seeking exchanges and an advantageous endgame.


White can chose not to exchange on d5 and instead advance the c-pawn c2-c4-c5 and thus a “Panov formation” results.
This allows White to exploit the dark squares, and gain queenside majority in the endgame, with an advanced pawn. Black can do best with an e4 outpost, and a kingside attack. Going after White's overextended pawn, e6-e5 and b7-b5 breaks becomes thematic for middle game play.
Posted by BlunderProne at 12:00 AM

Good review of the Caro pawn structures. Overall I think 3...c5 in response to the advance variation is wretched. Jovanka Houska recommended this line in her excellent Caro Kann book but I find it to be almost unplayable. I much prefer the 3...Bf5 lines myself.

I forgot that you play the Caro Kann, this is most fortuitous for me. Perhaps we can exchange notes, as I have decided to take up the Caro Kann myself, but more on that later.

Once again excellent write up!

2 b3 is what I started to play against the CK. What do you think? I'm going to lose a pawn anyway. I might as well get it over with. 80

George, nice chatting with you at the Herb Healy. Funny to see this most recent post of yours -- the Caro-Kann is the only opening where I have forgotten the key order of moves in no less than 3 games (as White, though I have played the C-K as Black), consequently getting worse positions and losing each time.

Anyway, the fine restaurant I mentioned is Dinnerhorn, 980 Lafayette Road (Route 1). A longtime hostess there mentioned that fried clams and haddock are perhaps their two most famous dishes.