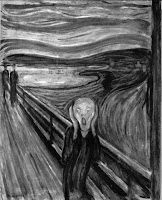 I study....I practice... I am on my second tour of circles.... I am the top seed in a section at a Class championship... and I STILL LOSE!
One was due to an opening failure. I simply made the wrong plan because I was trying to follow a sharp variation as white against the Winnawer French. I got tripped up on move order and thought I could transpose to a classic setup. A friend tells me later that had I simply stuck with the main line rather than try to pull a tricky move from the repertoire book of Perhestyn, Dzindi and Alburt, I would have done better. Of course, when the clock isn't running and I am not clouded with "performance anxiety" because I am the top seed... I can't seem to think clearly.
Then there was the loss with the player rated 150 points lower than me. I had a won position but lost on time in a sudden death because I can't think in 5 second increments.
AND THEN... the one that was "broadcast" because I got to play with the monroi toy....
A Caro-Kann... advanced with an interesting exchange... I had three freeking connected passed pawns ... and I screwed THAT up!
I get to the point where I reach that fork in the road in a chess game. I try to carefully map out a plan... and the voices in my head tell me ..." Yeah! This is the move that'll show my oponent that I am a *KNIGHT* ( errant) " ... and yeah... I am ... and live up to my moniker "Blunderprone" and I become a self fulfilling prophacy.
I am so freeking tired of dumping so much effort into improving uet I seem to keep slipping backwards ever since last summer.
My wife thinks we can afford a coach for me... time to do some shopping.
licking my wounds.... BP
Posted by BlunderProne at 9:10 PM

Perhaps you and I can play sometime, that would definitely cheer you up.
Jim
8)

It really is devastating to have a series of defeats, especially if they are due to stupid errors, errors I wouldn't have made if I were relaxed and kibitzing on the game instead of playing in it.

Playing board 1 is very stressful: with all the people watching and stuff, it is intense. Thank goodness I had earplugs the last time it happened (the only time). But I could still see the kids whispering in each other's ears. That freaked me out.

Have you evaluated your thought process? E.g., what kind of things are you thinking about during the game? de la Maza didn't see his ratings go up from the Circles until he worked explicitly on improving his thought process. Some people hate the idea of a 'thought process', so it's not for everyone.